Hello there,  Verity here – whilst doing my usual research for the Lord and Lady I came across a Freedom of Information request concerned with wining and dining expenses incurred by Wirral Council which were primarily centred on Hoylake.  This has since been reported locally: HERE

Certainly new CEO Graham Burgess was not averse in his previous position of  entertaining  North West grandees at The Clog & Billycock and Blackburn Rovers football ground (as previously reported HERE )  It strikes us that in some quarters such hospitality may be deemed necessary  to “oil the wheels ” so  to speak – but at a time of austerity,cuts and redundancies and at a time when Council staff are asked  to “bring a butty (containing Bully Beef no doubt)  “, b(u)y a Bagel to meetings and training events it seems a bit ,well, unseemly to say the least.

Even more strikingly does the Mayor of Wirral and the Leader of the Council not see the irony of “celebrating” the need for foodbanks whilst eating poached salmon at the Council’s expense? I would be interested to know if any Leakers have any information on any other watering holes or eateries favoured by the Wirral Council elite.

We’d like to think that those heady days of get-togethers in The Grosvenor Hotel,Chester and overnight stays in the Cheshire countryside and trips to Hebden Bridge are a thing of the past. One Leaker has already contacted us to tell us about an historical beano in Venezia (the Italian restaurant not the city – although nothing would surprise us)………..

As our cook is wont to say with a nod and a wink – BUON APPETITO! 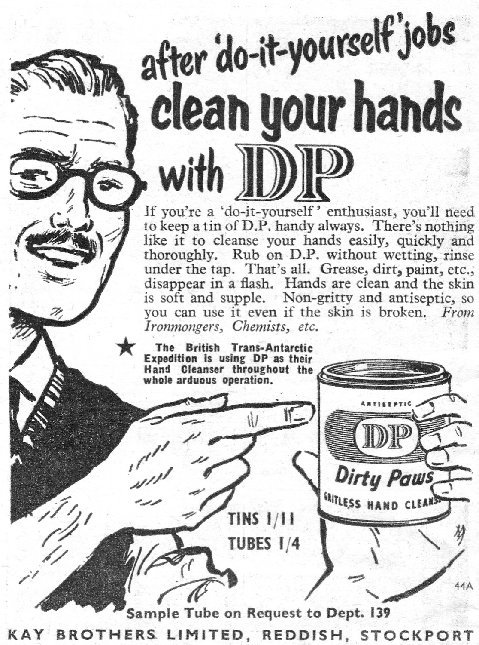 Shush! – I’m taking advantage of the fact that Lord Julian and Eldritch are supposed to be clearing the driveway to Leaky Towers and are well and truly out of the way (although peering from the safety of my ivory tower I can see they haven’t got past the thrill of building a scale model of Wallasey Town Hall out of snow – which appropriately enough seems to be in meltdown…………….).

Now normally I keep myself away from scandal (other than reading magazines such as “Goss!” “Chit-Chat!!” & “Get a Life!!!!”) but from time to time I find myself peeking over my Sudoku at the discussion that ensues when Verity recounts the latest goings on at Wirral Council and I must say the latest revelation takes the biscuit (Hobnobs obviously).

It would appear that on 24th January it is proposed that the seemingly messianic Graham Burgess ,after a mere 4 months in post, is to be offered the poisoned chalice that is the Chief Executive of Wirral Council position on a permanent basis – after “retiring” from Blackburn with Darwen Council and coming to rescue Wirral from the clutches of Local Government Commissioners.

“Leader” of the Council Pip Davies follows in the less-than-illustrious clodhopping footsteps of his predecessor Steve Foulkes and insults our intelligence by claiming Mr Burgess had done “an excellent job” so far and added:

“What I’m keen to do is get rid of any uncertainty about whether he will be here for the long haul. “I think it’s a move which will hopefully send out a clear message to our staff and the public that we have got someone doing a good job who is prepared to commit himself long term to Wirral – this is not just a guy going to come in, make a load of cuts, and then go away.”

The “Penn Put Up Job” perhaps?- the get out, that may I conjecture, might enable the Council to pay off those with “No Case to Answer” without adverse criticism by Wirral Council Taxpayers or censure by central Government?.

( Note to self: ask Verity to find out whether Mr.Green has returned to work yet).

We also note with a mixture of shock and awe that Wirral Lib Dem Councillor Stuart Kelly seems to have his finger on the pulse with a couple of incisive tweets stating:

“Chief exec’ contract was based on ‘sorting Wirral out’ in the 2 years, then appointing if successful – so far little has been ‘sorted out’ ….”

Meanwhile we all seem to be forgetting how Team GB actually got here (and it is Team GB – as anyone who as observed or experienced the influx and/or influence of his trusted acolytes will testify).

– and yet none of these reports appear to have made the slightest bit of difference as the Council reels from fiasco to cover up to denial to spin to same old same old.

Culture of Fear ?- In excelsis! – speak up and you’re out.We hear the bullies and the sycophants are the ones sitting in judgement of who stays and who goes. Lessons have been learned? – absolutely!.Out go the malcontents,the non-team players,that one who looks a bit funny, all the ones they wanted rid of but didn’t know how to or the Unions wouldn’t let them.

Redundancy as a means to an end.

Bureaucratic Machinations ?- The areas of the Council found to be particularly at fault in the Independent Review/Corporate Governance Reports ( DASS,Internal Audit,Legal ,HR) are rewarded with more staff and/or pay rises. Although we need to refute rumours that handsomely remunerated legal eagle Steve Gerrard is a moonlighting Midfield General.

Is it me?, or does there seem  to be a seemingly endless merry go round of Local Government Gurus who have “retired” or been made “redundant” and received a nice payout elsewhere and now find themselves earning pin money dancing to Wirral Council’s discordant tune on a temporary contract (for now anyway). Behold the glorious new order – all hail the bureaucratic mercenaries!.

Abnormal is Normal ?- “So if I have to manage the carnage I get a pay rise does that mean I have to write a report about a Chief Exec being made permanent after 4 months? ………………….”

Abnormality doesn’t come close.It seems to be in the very foundations of Wallasey Town Hall.

As our Librarian Miss Philippa Larkin-About said: “….. greeds and garbage are too thick-strewn to be swept up now….”

Talking of sweeping up Lord Julian has just trudged sludge in my grand entrance. Anybody know any good cleaners? – all our domestics have scurried off to Wallasey Town Hall after hearing they needed experienced people to sweep things under the carpet……… 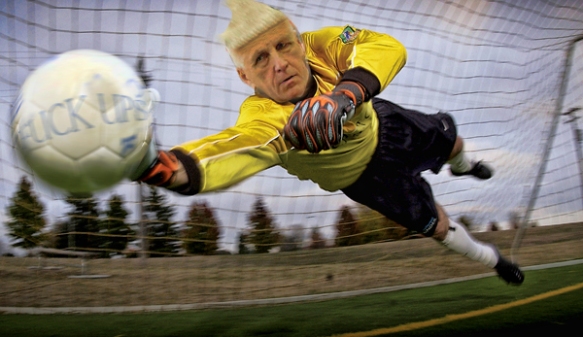 Another WBC Video, another PR FAIL!

“In this life, when you deny someone an apology,
you will remember it at time you beg forgiveness.”

Sadly it would appear that this letter from a concerned member of the public reveals that it takes a big man to say they are sorry and WBC’s CX is not that man. From the bottom up !

Mr. Hardaker, I think I have made my position quite clear.. A mistake was made , a full correction was issued as soon as we became aware of the issue. The Councillor concerned received an apology form [sic] the relevant senior officer. I think therefore the matter has been dealt with in a reasonable manner. Therefore I intend to take no further action other than that outlined in my previous Emails,

Dear Mr. Burgess, thank you for your reply & whilst the officer concerned for the misinformation has apologized for his error to the councillor, my thrust in the email was an
an apology from you good self to the councillor as CEO who refused to admit the fault
in the first place.

Awaiting the favour of your early response

The incorrect information was provided because of a genuine error by an officer who is highly professional and efficient but on this occasion overlooked that there had been additional work commissioned to ensure the video was suitable for some other specific groups of residents.  Once the error had been drawn to our attention we published the full facts of this matter.

I am led to understand that this has been explained to Councillor Blakeley by the relevant Head of Service who has overall responsibility for this area who did in fact apologise to him in relation to the initial incorrect information.  I have discussed this matter with the officer concerned and he is aware of the importance of absolute accuracy in these matters.  In this context I feel the matter has been dealt with in a reasonable manner.

Dear Mr.Burgess.I and numerous other wirral residents think you owe Councilor Blakeley an official apology for uncovering the truth about the true costs of the bill from Mills Media.

May I suggest that you click on to the Wirral Globe article attached to read what many ratepayers think; after all you are a public servant paid for by us & not above the law.

The council’s chief executive, Graham Burgess, has subsequently emailed Cllr Blakeley saying no public apology is to be issued and no further action taken over the issue.

Councillor Blakeley said he intends to pursue the matter until a public apology is made.

To counter the inevitable downer that a New Year brings we were planning to do a review of the years events on Wirralleaks  – from AKA to ICO from HESPE to SOLACE from WBC to WTF!… but to be frank ( and somebody has to be) the chronology of horror is there for all to see on this site….
Meanwhile Her Ladyship and I are still looking forward to the day when we and our faithful retinue can retire to somewhere hot and exotic like Torbay……..However it would appear there is much leakage to be done before we can set sail, safe in the knowledge that the people of Wirral are in safe hands……
Therefore we implore Wirral Council that 2013 should be the year that it puts it’s house in order and put’s us all out of our misery.Now we know the Council have had a slew of  terribly clever and awfully well paid consultancy chaps and chapesses to come in and help sort out the unholy mess that’s been created (who can forget Mr.Frater’s insightful diagnosis of Boiled Frog Syndrome?), but can we be ever so humble and suggest that to turn the Council round is very,very simple…….. they just need a new motto.
The old one –  “By Faith and Foresight” – just won’t cut it anymore –  and so might we suggest the following “rebranding”?:

The crest will need changing too  – the bird on the top suggests we’re all being shat on from a great height.The horn should be appropriately replaced by a whistle
and the trident is all too suggestive of the three wise monkeys ( hear no evil,see no evil,speak no evil) and as for the lions rampant with golden handshakes – well what can we say???…..
We think it is appropriate to maintain the helmet – although perhaps in a more appropriate colour  –  our heraldic advisor tells us that  blue signifies truth and purple stands for justice.
Eldritch – although not usually known to be “good with colours” –  advocates purple as he says a purple helmet would finish off Wirral’s coat of arms off nicely…….