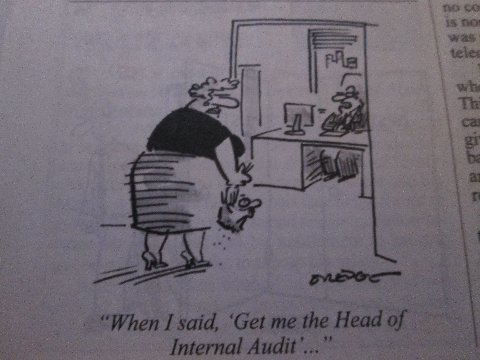 * Please note: not to be confused with tenants or tenors.This article is not about the Bedroom Tax orOpera Singers with pituitary problems

Lord Julian has sent me a memo and asked me to provide some advice to beleaguered Wirral Council employees at this difficult time.My specific brief is as follows:

” Dearest Verity – can you share your experience of the clandestine workings of Wirral Council and so assist employees to survive a culture of fear and loathing. Especially that poor sap who is going to cop for the conman cock-up?
Love and snuggles,Lord J x”

Well I must say the most shocking aspect of the whole episode to which His Lordship refers is that Power Boy Pip is reported to have stated:“I have ordered a full investigation to be carried out and concluded as quickly as possible.We need to be absolutely sure that this kind of thing could never happen again.If it turns out that negligence is to blame for this, then I have made it clear that disciplinary action will follow.£45,000 is a large amount of money, and it’s all comes from the taxpayer.”…..http://www.wirralglobe.co.uk/news/10741273.Urgent_investigation_ordered_as_Wirral_Council_hands_over___45_000_to_conman/I am simply aghast that this £45,000 “mistake” appears to have elicited this kind of response.It appears to me to be but a little local flooding compared to the tsunami of misconduct,malfeasance,maladministration and mismanagement that has gone before…..and for which no-one,absolutely no-one was disciplined.Indeed the dishonest and the incompetent appear to have been obscenely rewarded with huge amounts of public money and therein I believe lies a real problem for the organisation when it comes to disciplinary issues and which leads me to :

Tenent 1 –  Wirral Council has NO MORAL AUTHORITY.
Any employee working for the Council could legitimately claim that there is now a two-tier system of disciplinary measures largely dependent on high ranking seniority and hidden secrets.

The higher up the hierarchy you are and the more you know the more secure your position. Meanwhile the Council cannon fodder are on their own (and let’s face it the useless supine Union reps aren’t going to save them.Too busy making deals in which their members are but a bargaining tool…..(and no Eldritch I am not inserting your smutty pun here)

Therefore once again the unholy section of the Finance Department known as Internal/Infernal Audit must have serious questions to answer. Let us recall –  it is this particular section which has been the common denominator in a series of inglorious cover ups up to and including the BIG/ISUS/Working Neighbourhoods hoo-ha ( which is another Wirral Council horror-show waiting in the wings.)
So what’s a struggling Council plebeian to do in the face of such insurmountable odds? Lets’s move on to…

Tenent 2: NO RESPONSIBILITY
Remember it is never,ever your fault EVER.It is always,always,always a systemic or corporate governance failure. And anyway what’s £45,000 between criminals when Wirral Council were handing out millions to an organisation with links to an OCG ( Organised Crime Group) ?See the document cunningly hidden in this Freedom of Information request for confirmation of the Council’s dealings with drugs money launderers

However having said all that it is always best to remember that if these guys want you gone then you are dead meat, in which case lets move on to…

Tenent 3:  NO WHISTLEBLOWING .
They say all is unfair in Law and Wirral Council so you need to arm yourself with as much information as you can to defend your position. Perhaps noting any indiscretions at the Office Christmas Party or maybe saving that dodgy email and making a note of the time when you were told to dupe elected members because they’re thick as ….. Anything,absolutely anything  that might help you any-time you get threatened with a redundancy notice or disciplinary action.

But remember absolutely no whistle-blowing –  it is sad ,mad and dangerous to whistleblow.  Look what happened to all those schmucks who thought they were trying to protect the public purse and/ or vulnerable people. Get with the programme and you never know  – if your info is particularly incriminating or about someone with a lot of power and a lot to lose you may even strike lucky and get a nice little sweetener!

So to recap – here are Verity’s Three Tenents :
1 NO MORAL AUTHORITY

These are “The Three Tenents” which have  served me very well at Leaky Towers and let’s just say His Lordship knows his secrets are safe with me.

Which reminds me I must re-negotiate my terms of engagement as I understand from what’s on the horizon there may be some lucrative overtime looming…!!!