The latest edition of Private Eye magazine retreads the Wirral Waters/Stella Shiu story on it’s Rotten Boroughs page and asks when it comes to “the council’s chief fantasist” aka “strategic director for regeneration” Kevin Addled : “Is this Britain’s most credulous man?”.

Here at Leaky Towers we’d like to refute that allegation by reporting that we understand Addled may be already working on a back up plan if it’s a no show from Ms.Shiu’s crew.

Now our readers will know Wirral Council has a habit of hawking it’s tawdry wares around like a Corporation Road hooker in the hope of catching the eye of some gullible punter.

Remember the “EuroWirral” rebranding when the Council tried to hitch a ride on the EU gravy train?. More recently we’ve had failed attempts to set up “ChinoWirral” and “RenoWirral” – as the Council have sent a tight knit clique on freeloading junkets ,sorry, trade delegations around the globe. 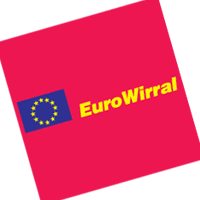 We suspect that based on past credulousness that an email such as that below would have the Council clique reaching for their battered suitcases and setting off to Nigeria in the hope of setting up “Afrowirral”.Although this time the usual crew ( including specially favoured local business man Asif “Air Miles” Hamid ) would be minus one member of the usual party – as we understand they’ve recently set out on their very own high risk financial strategy at the Council’s expense…….

I know this message will come to you as surprised but permit me of my utmost desire to go into international business with you.

My name is Lady Ugogo and I am the daughter of a very important person who is a chieftain.My father at this moment in time is in a very special place we call prison.

I am here seeking this day for The Wirral Council to transfer funds to enable my father to be released from imprisonment and with your gracious blessings he will start work with extreme haste on the building of International Trade Centre on The Wirral Waters.

Please will you arrange for £48,000 of monies to be transferred into a special bank account for safe keeping.