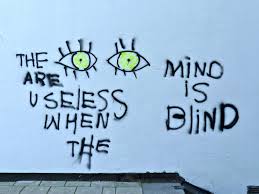 Oh here we go again – after Destination Excellence,What Really Matters and Future
Council  (just don’t mention Future Blueprint) here comes another new meaningless Wirral Council plan launched by Power Boy Pip and we regret to have to tell you it’s back to one of those old soundbite standbys – it’s all about the vision thing again.

Most of the the pledges themselves are so vague,broad or simply unable to be measured they are virtually meaningless .We can only assume Pip’s gang must have been holed up in a room in Wallasey Town Hall and were under strict instructions they couldn’t leave for a round of golf until they’d reached the number 20.

For example we’d particularly like to know how exactly the following will  a) be achieved  b) be measured and c) how the blithering hell we can be expected to hold anyone to account on any of them! .

1. Improve the quality of life of older people

9. Develop workforce with skills that meet the needs of businesses for the future

15. Increased access to events and activities for all residents

The 20/20 Vision pledges seem to us to be so very reminiscent of former Labour leader Miliband’s infamous “Ed Stone” which is all the more surprising considering Frankenfield has previously been so disparaging of this woeful PR stunt as he so melodramatically wailed:

“Will any of them break free ,confess the weakness that now engulfs Labour and point us in a new direction where political principles outweigh gimmicky press releases…….

We think that Frankenfield’s wise words seem equally applicable to 20/20 Vision but our dearly beloved saint in waiting does seem to have a particular “blind spot” when it comes to the local Labour group doesn’t he?.

To save Pip’s gang (under the direction of Frankenfield obviously) of maintaining this charade for the next 5 years we’d like them instead to turn their attention to just the following 4 pledges :

1.Sort out the Jim Crabtree  suspension

Outcome measure :He’s one of the gang – so no case to answer

2.Sort out the Louise Reece-Jones suspension

Outcome measure :She’s not one of the gang – so it’s bye -bye Lou-Lou

Outcome measure: All those involved ARE the gang – so cheques all round

4.Sort out the she who shall remain nameless  “situation”

Outcome measure :She’s no longer one of the gang – so it’s bound to turn ug(g)ly….unless another big cheque arrives in the post.

5 thoughts on “The Vision Thing”