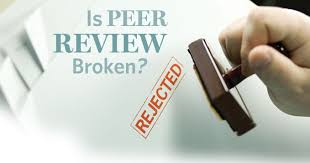 Let’s make a declaration of interest from the outset  – we fundamentally object to peer reviews. Local government gurus glad handing  their well-paid peers and telling them that they feel their pain (for a fat fee  minus VAT) .

What we need is someone who has never worked in local government and preferably never had to climb that greasy pole like a pole dancer in a pin stripe suit.

No doubt their report would be somewhat more succinct and read :  ” WTAF!”.

So imagine our cynicism when we learned that the report about the latest Wirral Council peer review co-ordinated by the Local Government Association (LGA) had been not so much released as escaped  under the banner : Council Improvement Continues ( no laughing at the back).

We suspect even the Liverpool Echo weren’t buying that bogus headline.

The review  was led by Mark Rogers, Chief Executive of Birmingham City Council. The same council who have hit the headlines because their plans to cut care for disabled was ruled unlawful and is the leading case when it comes to cuts in social care.

It is important to stress that this was not an inspection. Peer challenges are improvement orientated and tailored to meet individual council’s needs. You asked the peer team to explore:  The council’s capacity to deliver the Wirral Plan 2020  The council’s approach to partnership working  New models for service delivery

So basically Wirral Council controlled the show . But the cracks are there. So let’s a shine a light on them because that’s what we do best.

First of all –   BS bingo fans will be reassured that besides the obligatory pie chart there are the following  favourites:

We particularly liked that reclusive  Chief Executive  Eric “Feeble” Robinson is described as ‘a breath of fresh air’  as this is basically a bit of bitch-slap for his predecessor Graham Burgess.We liked that. We liked that a lot.

However, the Senior Leadership Team is not currently giving adequate corporate leadership and this needs to be much stronger if the Plan is to be delivered effectively

Which may explain why Super Duper Directors Clare Fish and Joe Blott are on the way out. Initially we had a degree of sympathy for these two – way out of their depth and caught up in other people’s corruption and then we remembered their six figure salaries and all sympathy evaporated.

They also do a fine line in stating the bleedin’ obvious :

Meanwhile the naivete is staggering :

The delivery of the Wirral Plan and pledges and the role of scrutiny may be enhanced in the longer term by offering opposition members a leadership role on the Policy & Performance Committees.

Scrutiny ?. By opposition members?. Can we have some of what the LGA are on?.

However this was our favourite observation:

The council and its partner agencies recognise that they want to form a different relationship with residents in the future. There is general recognition that relationships with local communities has been negatively impacted by the past challenges the council has had to deal with. The new relationship will be based on a clearer Wirral narrative, a greater ability to listen to resident’s issues, making better use of the data and intelligence the council gathers across the Wirral and greater use of channels use as digital and social media.

Somebody from the LGA needs to tell Wirral Council  that they simply need to follow Wirral Leaks……but then they already do that !. But unfortunately it is a “new relationship” over which they have no control…….and we all know how they love to be in control!. Therefore we predict that this is one relationship that will continue to be fraught!.