This is the place where words collide.

The first word being ‘Gaming’ :

Manipulating a set of rules, a system, an infrastructure in a manner not intended by its creators to derive (or contrive) a tangible benefit, i.e. “using an exploit” or “hacking” a system.

Apply this definition to New Concept Gaming Ltd and Wirral Council and all bets are off.

Or are they ? What exactly is “The Reno Connection”  in this sordid scenario?.

Only time will tell – but rest assured Wirral Leaks will be the first to report it.

The second word is ‘Chutzpah’

Apply this definition (and indeed ‘Gaming’) to Birkenhead MP Frank Field who gets a letter published in this weeks Wirral Globe under the title ‘Taxpayers’ money wasted’ : 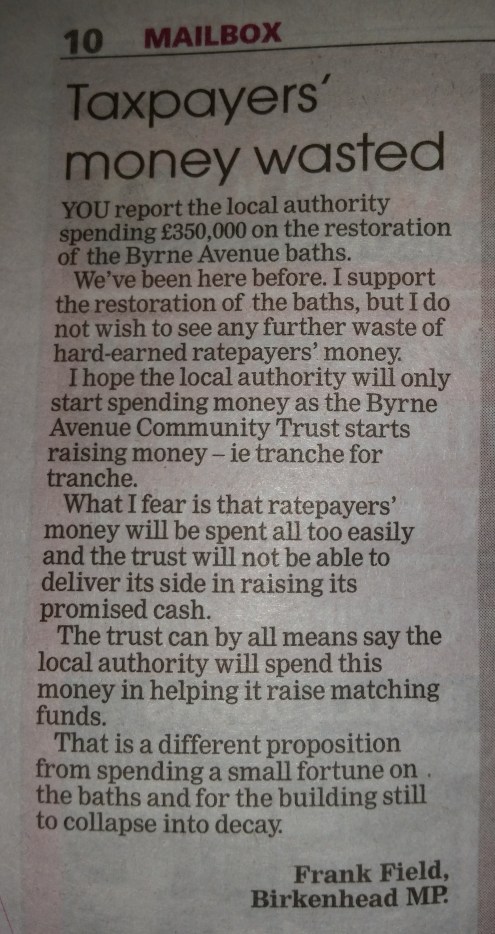 Seriously? – this ultimate game player talks about wasting tax payers money whilst supporting paying a group of unworthy arseholes after a fat pay cheque who just happened to flick the record button when his political agent Cllr George Davies used racial slurs and offered a ‘smear deal’ to them if they badmouthed Tory Councillor Jeff Green.

Which brings us finally to our third definition :  Bunging public money to protect your ‘dunderhead’ political agent is surely the definition of ‘Taxpayers money wasted’