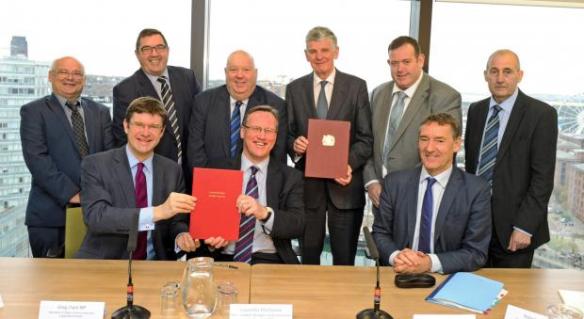 Rotheram’s lot = Not a lot of ladies!

We note Liverpool Echo are late to the party yet again – as they suddenly raise questions about the newly announced male dominated Metro Mayor cabinet.

Not only was this picked up elsewhere beforehand

but Wirral Leaks picked up that it was testosterone-a-go-go when it comes to Liverpool City Region politics a long time ago. November 2015 to be precise. Clearly the newly installed Metro Mayor Steve ‘The Brickie’ Rotheram thinks that ‘Diversity’ is a dance troupe from Britain’s Got Talent.

However we had to laugh that Rotheram has confirmed that Wirral Council ‘leader’ Cllr Phil ‘Power Boy Pip’ Davies will be his cabinet member for ‘Economic Development and Culture’.

Although Pip seems incapable and/or unwilling to tackle the toxic culture afflicting Wirral  Council no doubt the appointment will help Pip in his attempt to box off the Hoylake Golf Resort scheme!

Needless to say a place was found in the Cabinet for  (M)Asif Hamid, who is the chair of the Liverpool City Region Local Enterprise Partnership (LEP) . So that’s at least one diversity box ticked !…..