And so we finally reach the grand finale of the Leaky Awards 2017 and taking our cue from the #TimesUp  contingent at the Golden Globes we’ll be wearing black. The clock may been ticking down for us but may it also do the same on the abuse of power – wherever it takes place and in whatever form.

However we’ll spare you the dreary , self-righteous speeches – it’s on with the show and our first award of the evening…….

Campaign of the Year

The local branch of the DONHS have throughout the year provided us with information about future plans for the NHS  and particularly about Sustainability and Transformation Plans (STP) that should concern us all  , especially as Wirral Council are a key strategic player via the Clinical Commissioning Group.

If only for the chant ” Labour Council listen to the people”. Our advice to them after  7 years of banging our head against a brick wall is that they won’t so you’ll  have to make them ! The only way they will be forced to listen is at your local constituency party meetings and in the run up to the local elections this May.  After that it’ll be the same old,same old – personal interest and political ambition taking precedence over the public interest. Don’t say we didn’t tell you!

Campaign Fail of the Year

How Wirral Labour reconciled this campaign with proposals and developments for assaults on the Green Belt at Saughall Massie, Hoylake and Thornton Hough etc; we can only hazard a guess but full marks for the sheer PR chutzpah .

Whilst it was undoubtedly a worthy campaign we noted how  WUTH CEO David Allison received the petition from Field, gave some bland assurances and then promptly disappeared in a cloud of controversy.We suspect that any incoming CEO will have their work cut-out just keeping WUTH afloat and car parking charges won’t be a priority . Meanwhile  we note that Field is strangely silent about more wide reaching proposals for car parking charges across Wirral that are set to be introduced by Wirral Council. And once again we have to ask is this the only income generation scheme that Wirral Council can come up with and is it even legal? 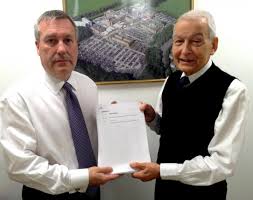 Comeback of the Year

Back from the dead

The former MP for Wirral West returns to high office as Work and Pensions Secretary in this week’s Cabinet reshuffle . Somehow this cat on a hot tin roof always manages to land on her kitten heels . And for all her talk of female empowerment we think that McVey is the quintessential beneficiary of modern day political nepotism , where ambition exceeds talent .  The only contribution of note to the local political scene when she was a Wirral West MP was when she hijacked the Martin Morton whistleblowing case for personal and political advantage at Prime Minister’s Questions (apparently Morton knew nothing about it) . What happened after she raised the issue with David Cameron is a particularly worrying episode but alas we won’t be able to do it justice here. Perhaps one day the full shameful tale will be told.

Runner Up  Stewart Halliday – the economic migrant/consultant from York who crossed the Pennines escaping infamy to make his fortune on Wirral with his two consultancy stints earning him circa £200K. So will Wirral Council kindly tell us whether he’s still around and what exactly we got for our money?

This man can do a powerpoint presentation and bullshit at the same time ! Therefore Wirral Council must give him as much money as they can.

Were LRJ and Foulkesy separated at birth? Whilst they share so many characteristics none of them can be found in the Nolan Principles! See for yourself :

LRJ Standards Panel investigation report : The  Panel found the evidence of Cllr Louise Reecejones to be inconsistent,vague and misleading. The Panel did not therefore find Cllr Reecejones to be credible.

Foulkesy Standards Panel investigation report : I found it difficult to get Cllr Foulkes to be precise or detailed . His responses were vague,inclined to be evasive and I found them ‘economical with the truth ‘ and unconvincing.

Yes, just the kind of low lifes we want making decisions about our lives,eh?

Accessories of the Year  –

These understated little numbers were considered suitable daywear to shortlist nominees for yet another awards ceremony and did not in anyway reinforce our perception that Ms Basnett and her organisation are all about flash presentation and very little else.

Runner up All Wirral councillors wielding ‘Show Racism the Red Card’placards as a virtue signalling accessory. But especially the local Labour group who tolerate  racists in their midst. But can anyone spot Deputy Leader Cllr George Davies in the picture? 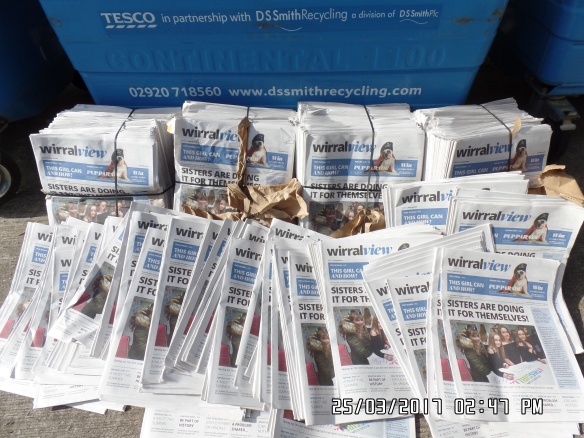 Whilst appropriately enough both pictures position copies of woeful Wirral View next to their final destination –  a bin – we’d like to think the winner of this category contributed to the dumping (no pun intended) of the original Liverpool -based distributor of Wirral View. Unfortunately a £750,000 3 year print deal with Trinity Mirror means we’re burdened with this lumbering white elephant for the forseeable future. Compare and contrast with Wirral Leaks which has cost council taxpayers of Wirral £0 and we would argue has been more effective in addressing the ‘information deficit’ of local people, particularly when we’ve been providing information that Wirral Council don’t want you to know about!

Included in Private Eye’s  Rotten Boroughs 2017 ‘Quotes of the Year’ is this fine example of ‘doublespeak’ from former Wirral Councillor Jim ‘Crabby’ Crabtree. It’s a year to the day that Crabtree pleading guilty to offences under the Communications Act 2003 and it’s frightening to think that his well deserved fall from grace might never have happened if his increasingly appalling conduct hadn’t been reported on Wirral Leaks. As a quote from one of our Labour sources testifies when they raised concerns about Crabtree’s fitness to be a councillor    – “The comment from George Davies was ‘better the devil you know’ while Frank (Field) thinks he’s the best thing since sliced bread” –  the local Labour group were reluctant to rein him in . Furthermore we understand that they failed to address allegations made by a whistleblower about grant monies which Crabtree allegedly should have paid back to Wirral Council.