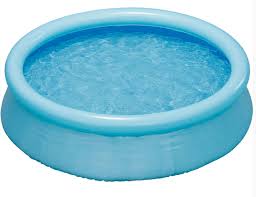 Is this what they mean by a pop-up birthing pool?

News reaches us of an interesting meeting held in Wallasey last week.

Apparently there were speakers on the night, but very early on, just after the initial apologies, etc. someone (it’s been suggested a plant) asked a question about the new “UK-FIRST” birthing unit in Seacombe Children’s Centre.  Cllr Bernie ‘The Bruiser’ Mooney’s hand spontaneously shot up (we suspect a few people may have flinched) and said authoritatively  :  “I’ll answer that!!”
It is alleged that she then went into a rambling, Trump style : “Let’s Make Seacombe Great Again” sermon about what a wonderful idea they were…
o the women of Seacombe keep telling her how desperate they are to have it
o the women of Seacombe are over the moon and so happy they now have ENHANCED CHOICE
o Blah, blah, jargon,  “community-focused birthing options”, blah, blah, more jargon….
Also there and speaking even more authoritatively , because they were a retired consultant with 40 years service in the local NHS and so actually knew what they were talking about , informed the assembled throng  about these “pop-up non-medicalised birthing units” and how this one just popped up in Seacombe and there was NEVER any consultation with Seacombe residents.
They eloquently put across their knowledge and expertise re: childbirth, birthing units and the potential dangers involved for both mother and baby and how the safe option is to have your baby in hospital where the full range of expert staff are on hand, no matter how handy or convenient these units are (or how more cost effective it was for NHS managers).Read more here : Pop Up Pool
There’s another one planned for Kirby apparently – whaddyaknow, another economically deprived area.We wonder why if it’s such a wonderful idea why isn’t it being ‘pioneered’ in council leader Cllr Phil ‘Power Boy Pip’ Davies very own WEST Kirby, where they live an extra 12 years compared to people who live in Seacombe, and where life is obviously far more precious. And another thing why aren’t people up in arms about the lack of consultation –  could it be that unlike the proposed Eastham Walk-In Centre closure there wasn’t any political mileage to be had out of the issue?
However back to the meeting and Mooney having got the first blow in was equally eager to get the first round in and ‘wet the baby’s head’ so to speak at her usual Friday night rendezvous .
After she’d gone and during his speech, the NHS veteran politely said, “I was hoping Councillor Mooney would stay and answer some questions”…..
However a source tells us :  “She f*cked off just before the retired consultant stood up to talk, vanishing in the same way Pip did (to Martin Morton) at that hallowed “Improvement Board Meeting” all those years ago.”
This can only lead us to wonder as to exactly what questions are being avoided and why a story about the birthing unit which appeared in the Wirral Globe, has been strangely DELETED. See  here :  Deleted story

13 thoughts on “Birth Rights and Wrongs”