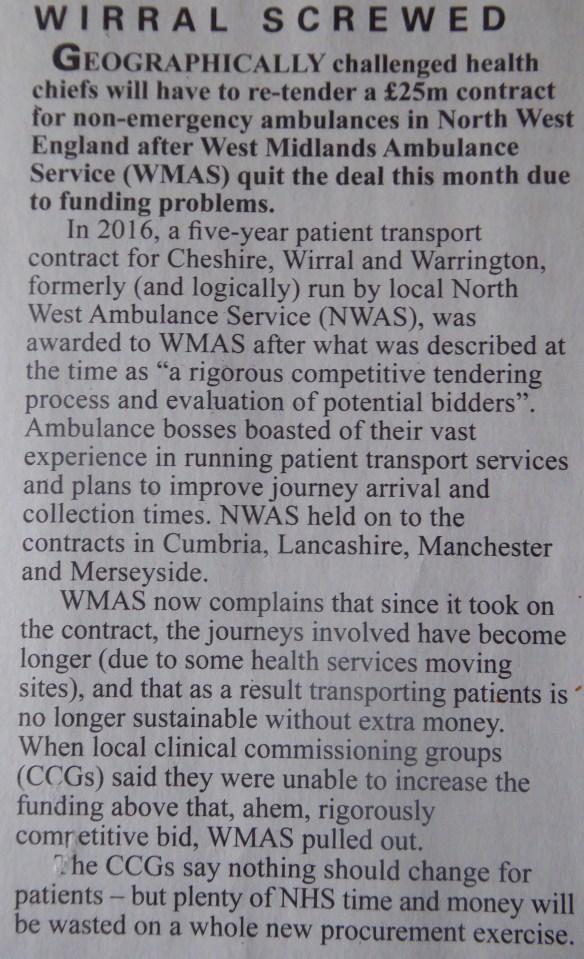 Yesterday’s story prompted one of our readers to forward a story from the latest edition of Private Eye which also concerns local transport woes. This particular story is about non-emergency ambulance services.

Strangely this is one that , as far as we know has evaded the local press. However as you can see for yourself it speaks volumes about the shambolic decisions being made Wirral Clinical Commissioning Group and others. And it is you dear reader who pays through the nose for procurement failures and poorer services every single time !