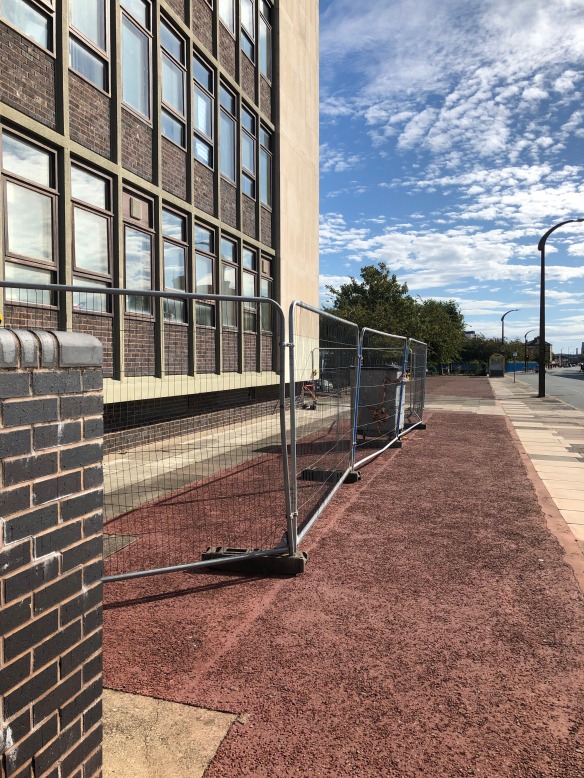 A Wirral Leaks reader from the local area has provided us with a picture and asked us did we know anything about the barriers that were erected outside of Wallasey Town Hall south annexe earlier in the week.

Further enquiries suggested that the windows are more than a bit dodgy and that the building has long been known to suffer from ‘sick building syndrome’ which has been exacerbated by a lack of maintenance, lack of care etc;

Wirral Council once laughably used to claim that their greatest asset was its employees. Now having realised they were were never going to convince their dwindling workforce or the Wirral public that this was the case they seem to have transferred their lack of care to its physical assets ( no doubt before they transfer them to the Wirral Chamber of Commerce)

Many questions are being asked about  exactly what have Wirral Council’s asset management team have been up to – and not just about what’s collapsing around all them.

‘No shit, Sherlock !’ we hear from our many sources raising concerns  – and those in the know will know exactly what we mean by that reference!

6 thoughts on “A Sick Building for a Sick Organisation”