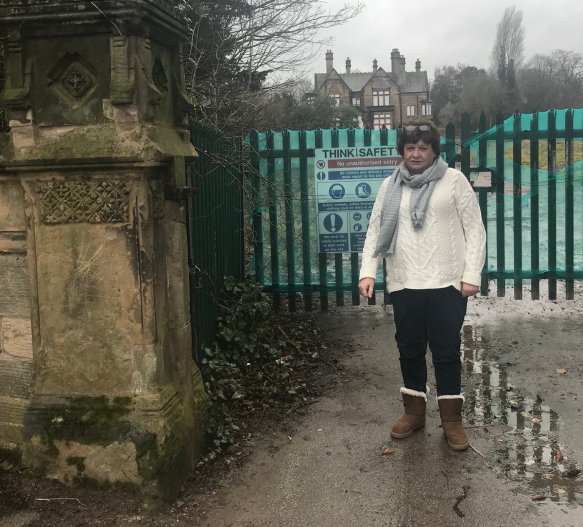 Matron and the Curse of the Ugg Boots

A most curious message has arrived at Leaky Towers from someone describing themselves as ‘a veteran Labour member on Wirral’ who tells us :

Cllr Moira McLaughlin will resign the Labour whip tomorrow  morning ,announcing it in the ECHO

Ordinarily we’d be in ecstasies because  a) we’ve long held the view that Matron McLaughlin needed to exit from local politics a long time ago – 2012 to be precise  and b) we take pleasure in scuppering a Liverpool Echo ‘exclusive’  just as we did last week with the Wirral Council ‘leader’ Cllr Phil Davies and his sudden resignation .

Indeed the Echo and Wirral Globe  seem to be taking it in turns to publish ‘exclusives’ about local Labour Party resignations/ hissyfits. ‘Orchestrated’ doesn’t come close to describing what’s going on here – all we need is cannons going off and we’d have the 1812 Overture!

However such is the fetid and febrile political atmosphere circulating around Wirral at the moment we don’t quite know what to make of the news especially as ,even more curiously , our source goes on to describe themselves as an ‘ experienced Labour member’ and provides us with this quote :

Moira’s resignation is further confirmation that hard-left elements have infiltrated the Labour Party, making it their mission to drive out hard-working community champions in a shameful power grab. These recycled Militants want to drag Wirral back to the 80s by installing disgraced former Council leader Yvonne Nolan as a Rock Ferry Candidate tonight. Nolan was hauled out of office over the poll tax debacle and like Derek Hatton shouldn’t be on the cusp of returning to front line politics under the Labour Party banner.
Cllr McLaughlin has served the people of Rock Ferry for over 20 years and has consistently stood up for her residents, helping fight against the worst effects of Tory austerity. It is a sad day for true Labour supporters. She will be sorely missed by the majority of decent Labour councillors and members.

The quote rather suggests to us that its from someone who’s not familiar with our blog , especially when it comes to Matron.  However we’ll be interested to hear of further developments and we’d particularly request a comment from Ms Nolan – who we know is a member of the Labour Party and has previously stood as a Labour councillor.

As we await further news it’s a question of pace your bets now as which Frank Field acolyte jumps before they’re pushed. The smart money is on Frankenfield’s faithful factotum and electoral agent Cllr George Davies…

8 thoughts on “Is ‘Matron’ McLaughlin the next Labour resignation?”