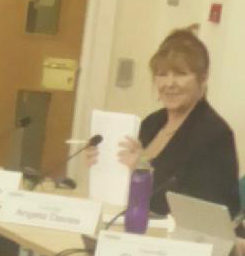 Two days is a long time in Wirral politics. Soon-to be ex-councillor Mooney is now smiling on the other side of her face.

We always know there’s something is brewing when an old post suddenly starts racking up the stats and sure enough Wirral Leaks Scoops the Mooney Scoop  has had a lot of interest all week.  Now we learn that Deputy Leader of Wirral Council ,Cllr Bernie ‘The Bruiser’ Mooney, is the latest local politician to be subject to democratic party processes and then go running to the ever compliant Liverpool Echo complaining of ‘the hard left’ and ‘bullying’ and how it’s all so ‘unfair’ when they get ousted by their own party members from seeking re-selection.

Needless to say ,and as you can read in our post above, we knew this was on the cards after we exclusively revealed the skullduggery surrounding Mooney’s nomination as a Labour candidate for Liscard at the forthcoming local elections . Once again here’s a reminder of her rap sheet during that particular selection process :

Inevitably these issues are glossed over as a ‘dispute’ and ‘breach of procedures’ in the latest Liverpool Echo story titled  Council’s ‘next leader ‘ ousted as she becomes latest to hit out at ‘hard-left Labour Party takeover’ as we get the usual extended litany of McCarthyite ‘reds under the bed’ rhetoric from Mooney and co.

However what delights more than anything is that the decision to oust Mooney comes two days after she smirked and belligerently shouted “There’s always one…’ when whistleblower Martin Morton put in an inconvenient  appearance at Monday’s Wirral Council Cabinet meeting .  Now with delicious irony she says that she’s been booted out “because I stood up and refused to be bullied…” – a line which is right out of the Morton Playbook.