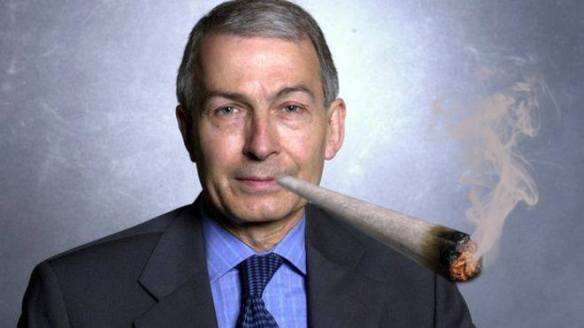 Something stinks in Birkenhead : is it the stink of skunk or the stench of corruption?

Once again we ask ourselves is there a bandwagon that headline -grabbing media whore Frank Field won’t shamelessly leap on?

We refer to a couple of  further examples from this week . First is the case of 6 year old Alfie Dingley who had been denied cannabis oil to treat his severe epilepsy. After a prolonged campaign by his family and following 12-year-old Billy Caldwell being granted a limited licence this week for a 20-day supply of medical cannabis to also alleviate the life-threatening effects of his seizures Bromsgrove MP and Home Secretary Sajid Javid granted the UK’s first ever ‘life-changing’ permanent medical licence for cannabis.

However prior to this welcome news we were treated to this melodramatic performance by Birkenhead MP in the House of Commons :

Alfie met the Prime Minister eight weeks ago and she instructed the Home Office to act; on Saturday, he had 30 seizures. Will the Home Office give  the right hon. Member for Hemel Hempstead (Sir Mike Penning)—who is seeking to catch your eye, Mr Speaker—Lady Meacher and I the authority to go through border control with the drugs that Alfie needs? If the Minister will not act, may we?

We can’t help thinking that Sir Mike Penning and Lady Meacher sound like characters out of an Oscar Wilde play. Whilst Frankenfield sounds like a latter day Lady Bracknell with that strangulated, superior-sounding syntax. However we would have paid a lot of money to see this unlikely trio being frisked at border control and Frank in particular being asked by a customs officer : ” Is that a spliff in your pocket or are you just pleased to see me?” (yes, we know it’s cannabis oil which is at the centre of the debate but you get our drift.)

Obviously we’re not suggesting that the great Victorian moraliser personally partakes of the devil’s lettuce and that his offer of drug smuggling was purely a selfless act but who better to source cannabis (in any form) than the Right Honourable Member for Birkenhead? Walking round what’s left of the Pyramid shopping centre – and let’s face it the pyramids in Egypt are in better shape –  brings a whole new meaning to the phrase  ‘a trip to the town centre’ as the of the pungent stench of weed assaults your nostrils whether you want it to or not.

The second example of dubious and desperate attention seeking is his long running and frankly tedious feud with ‘tax-efficient’ tycoon ‘Sir’ Philip Green . In the latest episode Frank Field asks what Sir Philip Green “has got to hide” in BHS report

Sir Philip Green’s most public and staunch critic Frank Field has questioned his attempts to cover up a report exposing his business dealings prior to the downfall of BHS.

Last week it was revealed that Green’s company Taveta had attempted to secure an injunction preventing the findings of an investigation into BHS’s finances prior to its collapse form being published.

“Well, what has he got to hide?,” Field told the Press Association.

“I am writing to the body to ask them about each draft of the report underlining their decision, who had access to those drafts, and what changes did they request.”

Once again we think something stinks to high heaven. Wirral Leaks readers may recall  Frankenfield making a similar song and dance about a Wirral Council report written by his old mucker , ex- judge Nicholas Warren, way back in July 2015 when the headline read : Storm as MP accuses council chiefs of ‘abusing power’ over Wirral whistleblower inquiry delay

Field  said:  “I am deeply troubled by this delay.

“It is almost ten weeks since the report was completed and filed, and we are clearly getting nowhere.

“Officers within the council need to face up to their moral responsibilities and realise that these delaying manoeuvres are an abuse of their power.

“It is an insult to the whistleblowers and to the people of Wirral, who have a right to know what has been going on.

Astonishingly it is 3 years later and the report still hasn’t been published – yet Frankenfield has been strangely silent on the subject of the public’s right to know exactly what went on and what has gone on since. To which we can only use his own words and ask :