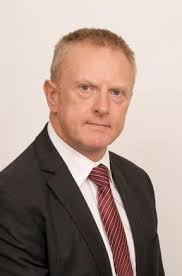 An Ordinary Joe or A Blott On The Landscape-  We still pick up the bill.

Christmas has traditionally been the time when Wirral Council likes to bury bad news. Christmas 2017 is no exception. If hadn’t been for the perspicacity of pernickety blogger John Brace picking up on the fact that the documents which were denied public scrutiny at Monday’s Wirral Council Cabinet meeting were published on their website. Wirral Leaks is, of course , blocked from accessing the Wirral Council website so we are eternally grateful for John’s revealing article. Which you can read here : Golden Goodbye

As you can see the last of the Super Duper Directors Joe Blott is set for what Brace calls a £390K + ‘golden goodbye’ – although we prefer the term ‘ arse -covering bung’. Why such a significant sum for someone so insignificant we hear you ask ?  Mainly because Blott knows where all the bodies are buried and what’s more he helped bury them !

But before we explore that further let’s just ponder the abject failure of former Wirral Council CEO Graham Burgess and his ‘big idea’ of appointing 3 Super Duper Directors. Where on God’s green earth would Blott, Kevin ‘Addled’ Adderley and Clare ‘Wet’ Fish be in a position to earn six figure salaries for achieving fuck all? Sorry that’s harsh – there was that Ofsted report rating Children’s Services ‘ inadequate’ wasn’t there?

But back to Blott  – there isn’t a recent Wirral Council cover up his itsy, bitsy, dirty little fingers aren’t all over. However we’re saying his involvement in the ‘Wirralgate’ cover up is the main reason for his premium payment – at our expense. His conduct throughout has been utterly reprehensible . From lying to Patricia Thynne during her first investigation report by claiming he didn’t say ‘no comment’ when asked by a Wirralgate complainant as to why they weren’t investigating the Cllr George Davies ‘sweetheart deal’  (and you don’t think they didn’t record you saying that Joe?) to scampering round at Cllr Steve Foulkes Standards Panel hearing following the second Patricia Thynne investigation circumventing public scrutiny at every turn. Arselicking as an art form – but then it pays so well!

In his own way Joe Blott is a microcosm – and boy do we mean micro – of everything that is wrong with local government. The personification of  How To Get Ahead In Local Government . The ultimate exponent of the ‘Kiss Up Kick Down’ management style that reaps rich rewards. The type to butter you up and then go behind your back.

We just wonder where next for the wunderkind and whether , as previously reported, he’ll end up topping up his pension pot by fulfilling his ambition to go into business with totally bona fide Labour councillor Paul ‘ Dance Away’  Doughty  Blott’s Pension Pot

We must first apologise for the late arrival of the much anticipated annual Leaky Awards.

However we thought we’d wait until it was our 500th post before releasing the names of the lucky and unlucky losers!!!.These are our suggestions – you may have others.If you do we’d be delighted to hear from you!.

It has been a momentous year for Wirral Leaks and we’d like to thank our illustrious contributors,impeccable sources and incredible leakers who helped us SMASH !!! through the 400,000 hits barrier just before Christmas in what was a record breaking year for us at Leaky Towers.

As a point of comparison Council Leader Phil “Power Boy Pip” Davies’ totally tedious “Leaders Blog” has had a total of 15,000+ hits.Did somebody mention public interest?.Somebody needs to tell Pip’s poor-man’s Machiavelli Martin Liptrotsky that he needs to up his game and start earning his £45K shit-glittering fee.Might we suggest sexing the blog up?. Cllr Adrian Jones in a mankini ,Cllr Joe Walsh in a jockstrap, Cllr Moira McLaughlin in her matron’s outfit – that sort of thing.

Meanwhile our 500th post will review our year and explain why we are the pre-eminent political blog on Wirral.Could it be because we prick the pomposity ,highlight the hypocrisy and satirize the sleaze that Wirral politicians and officials have been allowed to get away with for far too long?.

However on with the show :

Campaign of the Year

What has gratified us more than anything this year has been to witness the Wirral populace emerge from their political apathy and start kicking arse.

Our advice to you all is to do it more often as Wirral Council haven’t got a bloody clue what they’re doing and they just want to avoid adverse publicity at all costs.

So our joint winners are :

Their campaign in forcing Wirral Council to do a U-turn on parking charges in New Brighton was co-ordinated ,reasoned  and reasonable.Wirral Council could learn something from these lot.

We were the first to report the criticism about Wirral Council’s circling the Square proposals.We are gratified to report there is now a co-ordinated campaign group.Join and have your say before Hamilton square becomes a less than magic roundabout.

A regular compendium of Wirral Council woes.Somewhat like Wirral Leaks this campaigning Facebook page acts as a critical friend wanting the council to be better for the benefit of the people of Wirral.However it would seem Wirral Council much prefer non-critical friends like those local government lackeys they had in recently undertaking a “peer review”.

We also should mention the Save Woodside Ferry Terminal campaign but fear that this noble cause may have already been politically hijacked.Was anyone taken in by the “Foulkesy Across The Mersey” charade at Thursday’s Merseytravel meeting?.Let’s face it , when was the last time Foulkes or any other of the leading campaigners (including Frankenfield) used Woodside Ferry terminal?.At least Foulksey has a decent excuse – apparently the last time he was on the landing stage he was nearly harpooned.

We also remain to be convinced by the Save Girtrell Court campaign.We are a big supporter of services for disabled people but so far we’ve only heard from unions,staff,councillors and social services managers.When do the tenants or their advocates get a say ?- and if they do will they have an informed choice about the services they really want?.

Director of the Year

Shock horror! – the winner of this award does not emanate from the charisma free zone that is Fish ,Blott and Armstrong .

No , the director we’re talking about here is John Brace.The man with the movie camera at meetings across Merseyside .He used to be a master of the single shot but now he’s learned to do tracking shots. Just promise us John that you don’t learn to do close -ups.Nobody wants to see Wirral councillors in close up.Ever.

Quote of The Year

Is this what passes for “slamming” round here?.Seriously Paddy – where have you bloody been?. Oh !-  sitting in Wallasey Town Hall on the Council payroll !.

Memo to Paddy : This a Labour Council in name only and it is exactly the type of “thing” they’ve been doing for years.We deserve so much better and so do your members and until you all realise this your membership and influence will continue to dwindle.

Mathematical Problem of The Year

Somewhat like the lottery , when it came to the departure of three of our most senior Wirral Council officers within a 10 month period of each of other,  the permutations were apparently endless .Three was the magic number of their bonus ball and their lottery win netted them £500,000 of public money –  thereby proving the mathematical equation that two into one does go !.

Cryptic Question: When is a triangle not a triangle? Answer: When it’s a square!.You do the math!

Photograph of The Year

Yes – for the second year running it’s multi-award winning  ex this, ex-that , and ex-the other Cllr Foulkesy who saw fit to publicly publish this picture.

We can imagine his acceptance speech for this award will go something like:

“Speaking as one of the main beneficiaries of Frank Field’s “Feeding Birkenhead” initiative I’d like to thank him for his support which has enabled me to keep putting my snout in the trough of plenty for a quarter of a century”.

Although we’ve judiciously edited the picture as the other person in shot is no longer a civic dignitary and therefore no longer fair game we would like to make it clear we did not photoshop this picture.Now ordinarily this would be a caption competition but we’d request that readers insert their own captions in the privacy of their own home.We don’t want Foulkesy having to make a cheque out to himself for hurt feelings do we?.

Finally we’d like to thank everyone for their leaks in the past year and we look forward to publishing more shocking revelations.Currently this seems to be the only means by which wayward Wirral Council officials will be ever held publicly accountable.

Indeed thanks to our much valued sources we already have a couple of eye-watering exclusives to kick off 2016!……….