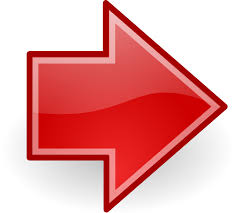 One thing that we failed to mention in our Exit Stage Left story concerned with Cllr Moira ‘Matron’ McLaughlin’s bitter and twisted ‘personal statement’ at Monday’s full Council meeting was her mention of the threat of  the ideological driven ‘hard left’ and those who have ‘no ideology but will do the bidding’ . Like that’s never happened before! For far too long Labour councillors have been willing to back all kinds of abuses of power as long as they got an easy ride and the only ideology at play was pure self interest.

However Matron may want to do some research as to whether the ‘lefties’ are quite as ideologically pure and driven as she makes out.Also at Monday’s meeting Bromborough Labour councillors Jo Bird and Joe Walsh vote in favour of building a housing estate with a golf course attached on  Wirral’s Green Belt. Perhaps they think it’s for social housing and communal sporting facilities and not luxury homes and an exclusive private golf course?

Another example of Matron applying the blinkers when it came to having a pop at former Labour council leader Yvonne Nolan and her being ‘parachuted in’ to safe Labour ward was when it came to up and coming Labour councillor Liz Grey. As you can see from correspondence we’ve received below there is currently a ‘wrong’ and a ‘right’ sort of socialist. Which is which is becoming increasingly hard to tell!

Elizabeth Grey ( Liz to the comrades) managed to convince the good members of Bidston St James to select her despite being another emigre . They also don’t seem to have a problem her being the Head of Religious Education at the prestigious (and private fee paying) Birkenhead School.

Comrade Grey obviously doesn’t see any problem with private education and would no doubt be an asset to Mr Field’s new school.Either way it’s reassuring that despite announcing his ‘retirement’ Phil Davies is still scrabbling around gettting as many of his place men (or women) into position as possible to try and force his Golf Course, Growth Company and privatisation of the NHS through before he leaves the people of Wirral to clean up his shitty mess… 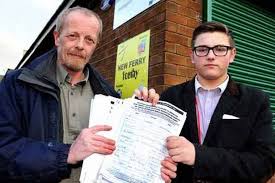 Here we see on the right the fresh-faced toddler Warren Ward before he was elected as a councillor . Wisely, he quit before he turned into the man on the left ,ex-councillor Steve Niblock.

So farewell then teen sensation Cllr Warren Ward who yesterday  announced his retirement from local politics at the ripe old age of 12 (or thereabouts).

The former Bromborough Ward gave an emotional speech at last night’s Wirral Council meeting where he reminded everyone he was the first foetus ever to be voted into public office (or something like that).

Of course Ward proves the local dictum ‘if you can’t stand the heat get a nice little earner with the Wirral Chamber of Commerce’ (or words to that effect) . The Chamber now has so many Wirral Council refugees we’re surprised the Border Agency hasn’t raided the place and been asking various people with fancy titles whether they have the proper credentials to do the job.

By the way can somebody tell us where jobs with the Wirral Chamber of Commerce are advertised?Wirral Life? Tatler? Harpies & Queen? the Mayor’s parlour at Wallasey Town Hall ?

However having said all that we do feel that , with his relentless self promotion , Ward has found himself the perfect sinecure at the Chamber. No doubt we’ll be seeing pictures of Ward at various vacuous awards ceremonies for years to come… and certainly if his Twitter account is anything to go by, he’ll be keeping it classy !

Reading the Liverpool Echo comments page on an article about my resignation and thinking….point proven. I will genuinely miss all of your insightful, highly constructive comments. pic.twitter.com/4fuxnSN0su