Prompted by yesterday’s blog post further light sources have come forward with information which we thought we’d share with you prior to our upcoming special report on Wirral Council’s mini-me , the Wirral Chamber of Commerce.

I should point out the pictured floor light on FB (Facebook)  – Hamilton Square – supplied by the BID  (Birkenhead Improvement District) to the tune of 50,000 – they also installed so I’m led to believe CCTV cameras in the centre by the Monument – CCTV Cam is bogus – and is there to deter not record. No use

Seeking some corroboration and further information from a well placed source we received this response :

Well that’s a strange one because a complaint went to (David) Armstrong about staff being monitored and their conversations picked up via the CCTV having sound.
That was rightly refuted by Armstrong as he started it does not have sound and staff are not recorded.
Hence if staff are not recorded I take it the public are not.
The truth about the Hamilton Square project is plain and simple. David Armstrong and the council leader.
The Chamber are a law unto themselves , the council are terrified to upset them . Why ! ?
Simply because the Chamber said leave them as they are, you don’t have the money to do the works we do, to this end the council has backed off.
It’s not just the electrical issues and wastage, they employee one company who do the works who are a cleaning company specialising in widow cleaning who then employee local cash in hand lads who dig up the place making a mess .
The council will not take them on . All true sir I guarantee it. The point you make about highways doing the work is the question everyone is asking. Their managers do know the legislation . But the council need the Chamber’s dosh. The Chamber want something doing do not have specialists in their team so do what any ignorant client would do employ cheap incompetent contractors…

Our postbox has been rammed today with two contrasting but inter-connected stories.The first concerns over-zealous Wirral Council spy-car patrols and the second is about the same Council making Lollipop people redundant .

These two stories seem to sum up everything that is wrong with Wirral Council’s priorities. Whilst we wouldn’t advocate  parking pandemonium the CCTV spy car seems to be primarily a money making scheme and not a road safety measure. We say this based on the welter of stories we receive about minor motoring indiscretions hit with a £70 fine which are no way commensurate  with the so-called offence. Appeals appear to be largely futile – although you are invited to see the footage of your heinous crime for yourself should you so desire.

Meanwhile we understand that after the Wirral Council have undertaken road safety assessments at 48 school crossing sites . These sites are described in an anonymised  “at risk” of potential redundancy letter sent to a School Crossing Patrol as having  a “light controlled engineering facility” . We think this must be  Council-speak for traffic lights ,pelican crossings etc; !.

As a result of these assessments 40 sites have been de-lollipopped and therefore it could be said that children’s road safety is automatically compromised – whether they’ve got the benefit of a “light controlled engineering facility” or not !.

The 8 sites that will retain a School Crossing Patrol are :

Under the circumstances and as Wirral Council advise in their letter , perhaps the School Crossing Patrol could discuss with their manager/supervisor that a suitable “alternative location for employment” would be behind the wheel of a spy-car ! – as that’s where the money -and the Council’s priorities – currently seem to be at!. 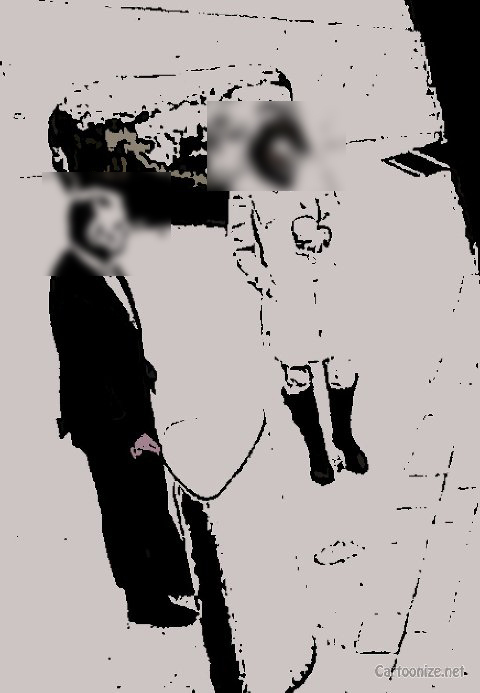 Following on from our last post ” The Public and the Private” it is always a pleasure to publish the above serendipitous snapshot.As famed photographer Henri Cartier-Bresson would have it – the photographer did indeed capture a “decisive moment”.

Perhaps for this year’s advent calendar we should print it in all its tacky Technicolor glory.

However the main reason for revisiting this photograph is that we’ve received an eyewitness account of what happened in the aftermath of the historic publication of the casual rendezvous of 2 senior council officers in a public place presumably during the course of their public duties.

We’ve already heard the hysterical stories about the hissyfits and the threats to sue ( yeah – whatever) but what our eyewitness confirms to us that the council reaction made “The Most Improved Council in Britain” seem more like ” The Keystone Kops Meets the Last Days of the Roman Empire”.

As our eyewitness recounts :

” … thinking back a certain picture from New Brighton on Wirral Leaks caused a lot of fluster in the control room as the powers above at the time believed it was leaked from there, I was on duty when the red headed gang invaded the control room to inspect the recorded data I duly told them it was not us, but maybe the suspicion was enough at the highest level to get rid of the staff in case any other footage was caught on the 100 or so cameras?.We will never know as (the then Wirral Council CEO) Burgess ,who didn’t even know where the control room was located or duties carried out, but apparently was very keen to get rid of it also left abruptly.”

100 or so cameras?.No wonder that Control Room boss John Kenny and Community Patrol Manager Mike Collins were able to escape with pay – offs from Wirral Council. They then immediately got a contract as “Atlas Security” with Wirral Council patrolling 40 Wirral schools previously held by Community Patrol by undercutting the prices THEY THEMSELVES SET whilst working for Wirral Council!.

Meanwhile to help them on their way the Wirral Chamber of Commerce magazine prints a full page spread promoting Atlas Security patrol and its contract with 40 Wirral schools.

And oh look –  there’s another picture of photogenic Kevin “Addled” Adderley (see above) at the grand opening of Atlas Security printed in the same magazine.

Are you beginning to understand how this shit works yet?

Subsequently if anyone requires CCTV footage from the Wirral CCTV system who do you contact  when Wirral Council passed control over to Merseyside Police in April 2014 closing the CCTV control room and making 11 people redundant?.
The answer to the above question is CCTVCONTROLROOM@Wirral.gov.uk  !!!

Funnily enough some of the backstabbing staff deployed as control room operators have now titled themselves Central Control Room Officers.Excuse us but wasn’t that role made redundant ?
To cap it off a recent Freedom of Information asked if the redeployed officers were carrying out over 70% of the previous employees duties.The request was met with a very firm rebuttal .Excuse us again but why are the opportunistic Quislings paid at the same grade as the staff that Wirral Council made redundant?.

Could it be the staff they made redundant knew too much of what was on those 100 or so cameras and the amateur hour snoopers with delusions of grandeur they appointed in their place are much safer bet ?.

Now we like normally try to avoid the more lurid and distasteful aspects of modern life at Leaky Towers which we consider to be an enclave of civilisation in an increasingly vulgar world (lets leave Eldritch out of it for the moment). However our critical gaze was drawn to a recent article where a “tired and emotional” couple brought a whole new meaning to the phrase ” street entertainment”

The article coyly referred to lewd acts performed on the prom in New Brighton and quoted that : “Magistrates heard that the CCTV operator phoned Merseyside Police and provided them with a link to the live feed of the incident…..”

This sordid incident happened in June 2014…..three months after 11 people were made redundant and the CCTV control room was to be closed and overall control passed to Merseyside Police.

However we are led to believe that police controllers neither have the time nor the inclination to monitor all of Wirral’s 110 cameras even after reassuring senior council officers that they could. So who is this lone ranger CCTV operator in the council’s control room?

A source  states: “This request has obviously hit a nerve as they know what was discussed at this meeting and what grievances the staff put forward including public safety issues and their idea of forward planning which absolutely none of it was implemented apart from the disgusting way they forced us out of our positions…….”

Which sounds to us rather like the hurried uncoupling of the sex romp pair on New Brighton prom !

“This incident was common viewing amongst the Community Patrol and almost all members of staff have been shown the footage. Some have watched it several times. This is a clear breach of the DPA 1998.

At one point there where five members of staff and a manager all around the viewing console enjoying the movie of the day.
Council staff have also allowed the current agency staff to view this evidential footage.

This alleged breach of data protection really needs full investigation and further opportunities removed immediately.But it will probably be covered up as usual after being investigated by the very ex-plods who have allowed it to happen.

http://ico.org.uk/what_we_cover/taking_action/dp_pecr
The ICO can fine organisations severely depending on the seriousness of the breach.”