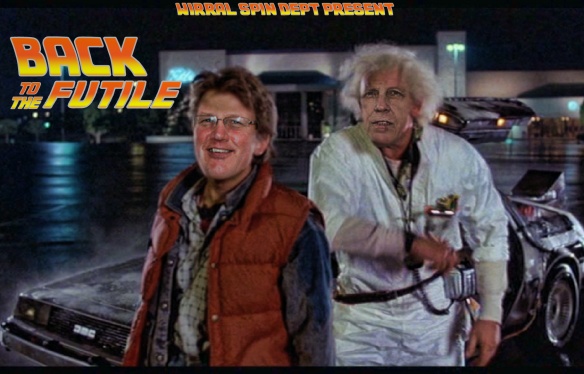 “I’ve seen the future, I can’t afford it
Tell me the truth sir, someone just bought it
Larger than life and twice as ugly
If we have to live there, you’ll have to drug me”

Yes yet again you read it here first – after “Destination Effluence” and “Transforming Wirral Council” comes the latest Wirral Council makeover – ” Future Council” (or should that be futile?) Cautious of the derision that met “Destination Effluence” a  desperate PR stunt spawned in haste after the shock of the Independent Review published in 2012 , Wirral Council seem to be adopting a more subtle and subliminal approach this time.From information we’ve been receiving it would seem that Council staff are gradually being brainwashed into talking about “Future Council”  so as to make cuts to services and staff redundancies somehow sound more palatable and well , sort of dynamic and futuristic and stuff.

However we feel, just like Destination Effluence, it’s just the same old Council trick of putting lipstick on a pig ……

Even the usually compliant union Unison expressed  “major concern” in their last annual report when “Future Council” was quietly being introduced : “The Budget option entitled ‘Transforming Wirral’ Council now referred to as “Future Council” caused major concern. It seeks to make savings of £9.5 million by the end of 2015/16…”

So is ” Future Council”  meant to sound as though Wirral Council is to be run like a lean,mean machine managed and controlled by unthinking,unfeeling automatons?. 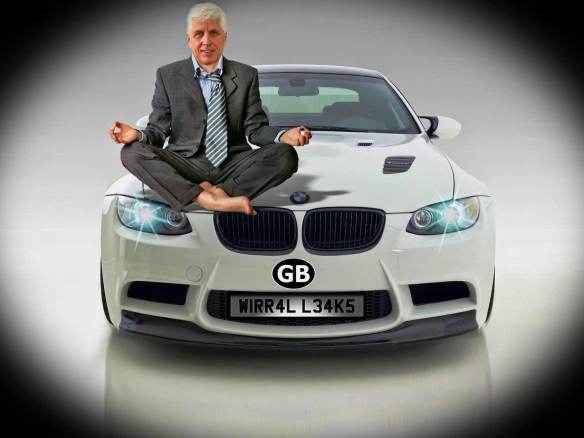 Live from Leaky Towers! Here is the news read to you today by our correspondent Mal Content –

Underlining once again that some people are more equal than others and true to the champagne socialist lifestyle we understand that former Unison firebrand and Communist Party enthusiast  Comrade Burgesski has treated himself to a brand new top of the range BMW. A white one – to match his hair and teeth.

This news will no doubt be comforting to all those Council staff facing a further round of redundancy and “outsourcing” measures.

Another week – another call for another inquiry from Parliamentary Campaigner of the Year Birkenhead MP Frankenfield .This time it’s a job scam at the local Jobcentreplus to add to his recent calls for inquiries about modern slavery and food banks.

Our political correspondent Phil E. Buster  reports: ” Local commentators have been observing that it’s funny how Frank Incensed is very selective when it comes to calling for inquiries.They point out that he’s been curiously silent on the Wirralgate affair and the fact that life expectancy in some parts of  the ” welfare ghetto” that is his constituency is 30 years less than other parts of the country. This worrying statistic has just led him to call for more money from central government.

However could it be that some parts of Birkenhead being a terrible place to live for some people is down to complex factors much closer to home and it’s best not enquiring too closely as to what these might be in case it reveals some inconvenient truths about the failure of  local politicians to improve the quality of life for the people they are supposed to represent?…..”

Meanwhile news that a belated focus will be placed on curbing antisocial behaviour in Birkenhead after councillors recognised the issue was spiralling out of control will come as no comfort to those residents who have lived in fear for years… ”  (cue sad face).  See HERE

We’ve just received an update on the Wirral Community Patrol situation where it is alleged that Atlas Security have sent letters to all schools touting for business quoting the Councils control room is closing on the 31st March 2014 and that Atlas can take over the monitoring of alarm systems.

“Now there is nothing wrong with private companies touting for business (after all these are desperate times) but if this is the case how did Atlas Security know the control room is closing on the 31st March?-  which just so happens to be the date when the remaining three staff will officially be made redundant?

Perhaps they should rename the company Atlas Telepathy?….

Our source informs us that the powers that be in the council are now keeping the control room open until October as they have underestimated what services are carried out there out of hours. Which surely begs the question as to what exactly what was explained to Councillors before the ludicrous decision was made to separate eleven staff from their livelihoods?. Unfortunately we suspect that the person/s responsible for this misinformation are, as ever, effectively untouchable…..

And just before we head back to Leaky Towers we’d like to appeal to viewers for a copy of the alleged Atlas Security letter reportedly last seen heading for a Wirral Council manager’s office….”

And so to the surprise of absolutely nobody at all it is revealed that mental health issues are to blame for  30% of  Wirral Council staff sick leave ( which rises to 38% for social services staff.). SEE HERE

Workloads and “management style” are cited by Council staff as being the reason they are stressed out and off sick.

We note that in the newspaper report that “management style” is in inverted commas. Could it be because that’s a polite euphemism for bullying and incompetence and what happens when an organisation promotes “managers” who play the corporate game but are out of their depth and resort to the default position of bullying staff who challenge them ?

Over to our health correspondent Abby Normal :

“We’re not optimistic that tightening up absence management procedures will help the situation.One leaker has been in touch to tell us about a Council manager who once declared that such procedures were about “bayoneting the dying”.What’s more we understand that this was said by a social services manager – which coming from the Department which introduced the callous 4 week delay in care packages to save money must once again comes as no surprise to anybody….”

In a surprise move it would appear that Wirral Council is using taxpayers money to sue private company Martin McColl Ltd who they allege “failed to ensure, as far as was reasonably practicable, the health, safety and welfare at work” of employees after a series of armed raids on Wirral stores .

Apologies to viewers we appear to have lost the connection with Duncan reporting live outside one of the  stores in question. Unfortunately news has just reached us that thieves have targeted the film crew and stolen their cameras and microphones.

And on a lighter note we were amused in the Leaky Towers TV studio that a recent Town Hall reception to celebrate Tranmere Rovers Football Club’s role as roving ambassadors for Wirral has this week been somewhat undermined by a rather more hostile reception given to the side’s manager Ronnie Moore. According to the Wirral Globe story  SEE HERE

“Moore ripped into his players after Tranmere Rovers’ 1-2 defeat by Rotherham at Prenton Park. After some fans had told Moore to “sod off” as he sat in the dugout, the furious manager described his squad’s performance as “abysmal.”

Whilst we at Leaky Towers consider that being described as “abysmal” by their own manager makes Tranmere Rovers the perfect ambassadors for Wirral Council we somehow suspect that’ll mean no more Town Hall funded Ferrero Rocher for poor Ronnie…..

And with that it’s over to Renee Day for a look at the weather forecast….