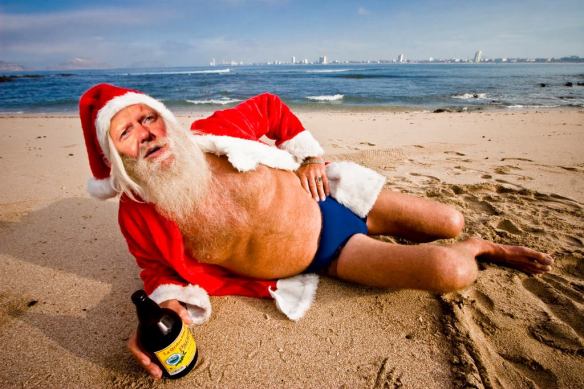 It’s Boxing Day and this sad sack Santa is all washed up!

We implored Wirral Council to “tread softly” when it came to Lyndale School.
However reverting to type last night they decided to put on the bovver-boy boots and crush the hopes of pupils,parents,carers,teachers and supporters by deciding to close the special school.

Knowing what she was up against parent spokesperson Chrissie Woodland declined to speak at the meeting of Wirral Council’s Cabinet claiming that it was a “waste of time”.

Indeed it appears to us the whole consultation process was a completely stage managed farrago. We imagine the pre-meeting conversations went something like: ” Right Julia , Ann will ask the first question and then Bernie can ask the next one and then you give us your rehearsed answer and we’ll nod along pretending to be interested”.

Let’s face it as soon as Julia Hassall stated from the outset of the consultation that Wirral Council was “minded” to close Lyndale School it was a done deal.

Meanwhile the valiant parents have vowed to challenge the process which led to the decision and have it quashed at Judicial Review.

So before they bulldoze the sensory garden funded by £80,000 worth of donations from Wirral Globe readers Wirral Council need to be “minded” that the fight is far from over. We’ll be ringside hoping for a knockout blow in this David and Goliath battle.