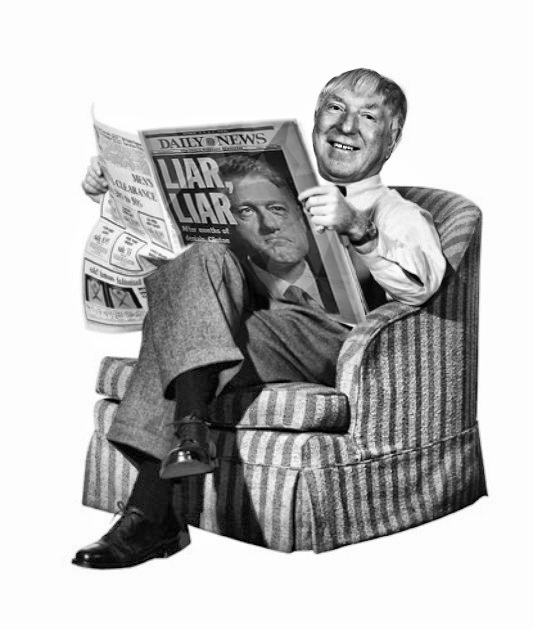 It was here that we compared the case to Watergate case and the disgrace of US President Richard Nixon. Now with the publication of an independent report of monumental , almost pathological , denial we are minded to recall another US President , infamous dress messer , Bill Clinton and his ” I did not have sexual relations with that woman” claim.

The flimsy report of consultant Patricia “Thick &” Thynne  which selectively focuses on allegations of a smear campaign against Tory Leader Jeff “Jefferson”  Green is simply beyond satire.

and remember that it says on page 1:

“Further investigation of these matters is unlikely to be the best method of encouraging improved behavior….”

On this matter we can only agree with Ms.Thynne – what is needed at Wirral Council is not an investigation but fumigation.

If the contents of the audiotapes are ever released it will be interesting to observe as to whether some of the statements made in the report will mean that certain Councillors and officers will , like Bill Clinton , er, come unstuck………….