Not for the first time when it comes to the ruling administration at Wirral Council we find ourselves asking : “Is it us or are we missing something?” and then we realise we are now living in the age of of ‘alternative facts’. The current epicentre of this parallel universe when it comes to local government has to be our dear own local council.

Of course the main Wirral Council conduit for alternative facts is Wirral View –and halleluljah and praise be , as for the first time Leaky Towers actually received a printed copy of what is known variously to our sources as Liprot’s Journal/ Lost Kev’s Chronicle/Pip’s Post-Truth News .

Was it worth the wait? – hardly ! However the front page caught our attention as it demonstrates to us as to why, once and for all , the tawdry rag should be halted in its tedious tracks. Here we have the now infamous ‘Spot the Muff’ photo-op and the declaration that ‘Proposals to bring in new charges at on-street car parks across the borough have been withdrawn, following feedback from Wirral residents and businesses.’ 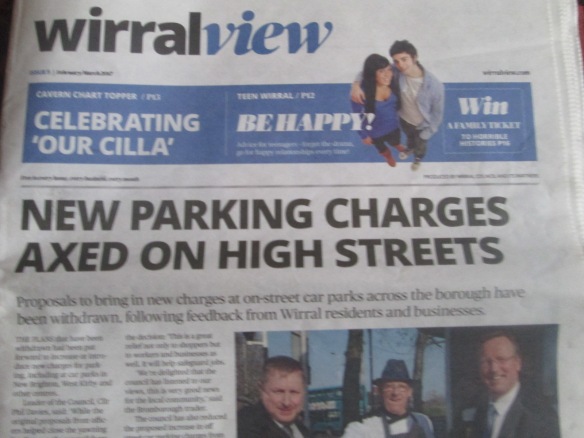 Oh ! it was all about Wirral Council listening to ‘feedback’ was it ?. Nothing to do with protests, petitions and the highly suspect legality of most of the proposals. Feedback ?- yeah right!

The Witless, Pip and Mr Muff picture turned up again on our Facebook page due to some weird algorithm which suggests that we’d ‘like’ Wirral Labour News. We suppose it makes a change from promos for incontinence and mobility aids and ‘Superman’ pyjamas but let us state for the record it was as equally unwelcome ! 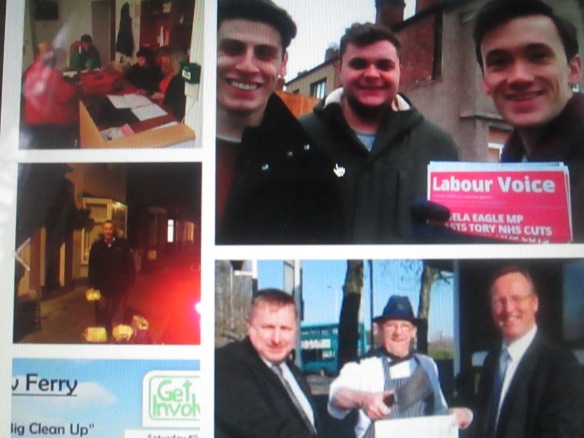 Then there was further message from ‘Wirral Labour News’ which made us think it must surely be a parody account :

Keep Wirral Green ? Huh?  Fernbank Farm?, the Saughall Massie Fire Station ? and the Hoylake Golf Resort?  Our heads started to hurt at Leaky Towers as to how the increasingly self righteous Labour administration could reconcile these development plans with their new found love for the Green Belt.

How ironic that Council ‘leader’ Cllr Phil ‘Power Boy Pip’ Davies talked about “protecting our precious Green Belt” at  yesterday’s Cabinet meeting whilst  we understand that all the seats in the public gallery had the following flyer on them :

However the ne plus ultra of this week’s alternative facts emanating from Wirral Council is the controversial appointment of the increasingly divisive Martin Liptrot to the post of ‘ Interim Investment Lead’ which we not only predicted but exclusively revealed on this blog:

The Uncanny and the Corrupt

“The post was advertised and an open recruitment process was held with external support.The panel selected the best person for the job and that person has been appointed.”

Really ? – so you’re going with that ‘alternative fact’ are you ? Perhaps one of the interview panel chaired by Alan Evans and including the council’s Strategic Development Manager; Stephen Butterworth, Head of Transformation ( there’s that word again  !) ; Paula Basnett, CEO of Wirral Chamber of Commerce  (a surprising late replacement for a curiously unenthusiastic Asif Hamid) and Ellen Cutler, Director of Inward Investment at Liverpool Vision could publicly endorse this statement .

Alternatively they could tell the people who fund this post exactly what went on behind the scenes and whether they decided not to appoint Liptrot (or indeed anyone) but the decision was taken out of their hands and made by an increasingly desperate Power Boy Pip and the increasingly sinister Eric ‘Feeble’ Robinson.

We’re led to speculate what exactly is the Rasputin-like hold that Liptrotsky  has over Power Boy Pip? All we can say is look what happened to Rasputin and the Imperial Royal Family of Wirral, sorry , Russia.  Just sayin’ !