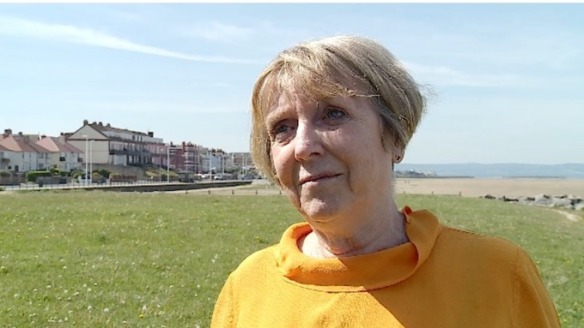 Murphy spat her dummy out the day after the recent local elections  presumably because she had foreseen the likelihood that the Green Party would win the Birkenhead & Tranmere ward  after previously bemoaning that Labour Party members were actively supporting the Green Party :

“We were knocking on these people’s doors and they were openly telling us they were voting Green instead of Labour and even had Green posters in their window.  I reported them to the Local Campaign Forum and was told: ‘It’s their choice’.” For good measure, the local branch even posted on their Facebook page that the Greens were not the problem – their Labour council was…”

Whilst Murphy has continued to campaign in Wirral under Jeremy Corbyn’s leadership, she has now suddenly turned round and claimed that Jezza is to blame for ‘allowing a certain type of behaviour to happen.’

‘Certain types of behaviour’?  It would seem that ‘certain types of behaviour’  doesn’t include the reprehensible conduct of the likes of former Labour councillors Jim Crabtree or Louise Reecejones , current Labour councillors Steve Foulkes and George Davies that Murphy has chosen to ignore but which have rightly appalled other Labour Party members . It’s no coincidence that the Birkenhead & Tranmere ward was, until the recent local elections, held by Wirral Council ‘leader’ Phil Davies. It’s clear the local branch of the Labour Party wanted him gone ( for ‘certain types of behaviour)  and gone he has ( a Wirral Leaks ‘tribute’ will follow shortly).

Murphy says that the local election results which resulted in loss of overall control  of Wirral Council by Labour and which is now a minority administration under Cllr Pat Hackett is ‘self-inflicted’. Whilst we can’t say we disagree with that assessment it seems to us that in this case  Murphy’s Law is , not just a case of what could go wrong will go wrong , but a law for one set of Labour Party members and another law for The Right Kind of Labour Politician …