The ‘failure’ of course being Wirral Council ‘leader’ Cllr Phil ‘Power Boy Pip’ Davies who ‘launched’ Labour’s  local election campaign earlier this week. We’ve been sent the email and picture that was sent to Labour Party members and which found its way swiftly over to us from a number of sources, which is ironic as we understand Pip has been bemoaning the number of leaks emanating from the party faithless disillusioned with the local political ‘leadership’. The email was accompanied with the comment :  “Leaks? – oh dear Pip here’s another one!:

As you know, the choice for local people at this election is very clear – a Tory Party obsessed with austerity, cuts to the budgets of Merseyside Police and Merseyside Fire and Rescue Service, falling numbers of nurses and doctors in our NHS, a crisis in teacher recruitment in our schools, and cuts to the Local Authority budgets which provide vital services to Wirral residents.

On May 3rd, residents can choose a Labour Council which acts as the last line of defence for Wirral families and residents against these damaging Conservative cuts which are gambling with people’s lives.

I hope to see you on the campaign trail! 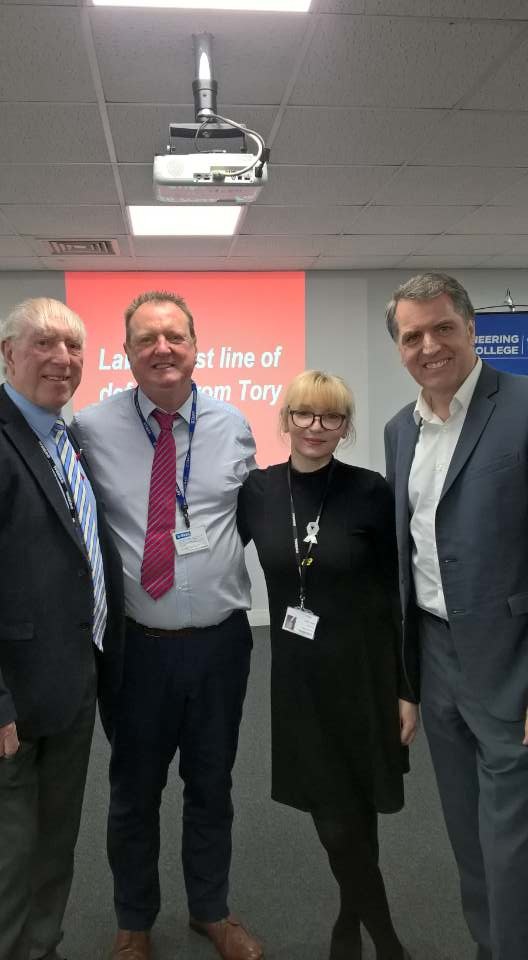 There they are basking in the successful electoral lustre of Metro Mayor Steve ‘ The Brickie’ Rotheram. Does the Brickie know who he’s mixing with? All we’re saying is that if you take Cllr Gill Whatsherface out of her picture we wouldn’t be surprised to see former British National Party president Nick Griffin standing there. Just sayin’!

We thought that a long standing mystery had been resolved when we’d been sent the leaflet below. Wirral leaks readers may remember our  Campaign Fail story from the 2016 local election  involving Labour  candidate (and now Labour councillor) Tony ‘Lifeboat Disaster’ Jones. You may recall that Jones distributed election leaflets without showing name of agent, candidate or printer on the leaflet . As we reported at the time :

The Electoral Commission takes these things very seriously. Section 143 of the Political Parties, Elections and Referendums Act 2000 introduced a new requirement for all election material to bear the name and address of the printer, promoter and the name and address of any person on behalf of whom material is being published (and who is not the promoter). A candidate or election agent contravening this provision is guilty of an illegal practice.

Cllr Jones has subsequently proved to be very mysterious about his contact details. However we thought the mystery had been solved when we saw these details until we told this wasn’t an election leaflet but a newsletter and that fellow Labour Cllr Christine Spriggs resides at a different address . All very confusing :

LOOKING AT THE PEACHEZ

Pip told us he was on the campaign trail. Little did he tell us he would be mainly conducting it from the gutter. We’ve already told you about how the local Labour group are focussing on ousting sole Green councillor Pat Cleary. We also told you a while ago about ‘gentleman’s club ‘Peachez’  here. These two unlikely subjects collide in this desperate electioneering ploy from Pip and gormless Birkenhead & Tranmere ward candidate Paul ‘Hand’ Jobson who are suddenly wanting to close down the so called strip-joint in downtown Birkenhead. 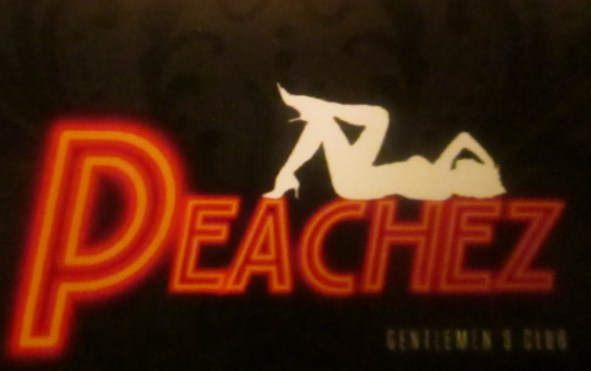 The first thing we have to say about the Wirral Globe story :  Campaigners call for Birkenhead strip club to be closed down   is to ask – Who the hell is Pip to talk about ‘sordid business’ !?

I would like to offer anyone of the Wirral Globe readers free admission this weekend just say WIRRAL GLOBE on entrance to the club and you will be granted free entrance to see how nice the club is for yourself!!
Hope to see you all in Peachez this weekend!!
PS thank you Wirral Globe for the free advert last time we had to pay you to advertise Peachez in your paper!!!

Which just goes to show that those who take money for advertising are in no position to publish politically motivated stories judging those who take notes in the knicker elastic! Just sayin’!