As a follow up to our  SEND for Help  story we bring you this further worrying development in relation to Wirral Council’s treatment of  children with Special Educational Needs and Disabilities (SEND) and their parents and carers.

Before we provide details of (yet another) Wirral Council investigation report that will never see the light of day we publish the observations of a parent of a child , who by the sounds of it is one of many being failed by the SEND department.

Attached are screen shots of a letter I have received. One of my children’s cases was part of an independent investigation into issues within the SEND department, that  lasted several months.
The independent professional has sent me and the many other families who were part of the complaint the summary you can see in the screenshots.
Although I and others have asked she has been told that the full report is not available for public viewing.

It’s sad when we are no longer shocked by their behaviour.
They are seriously doing everything they can to ‘win’ against the parents of the most vulnerable children.
Where is their duty of care? Myself and others have had no option but to threaten them with judicial review to force their hand to follow the law. I believe that there maybe at least one JR that is being taken all the way.
They’re at tribunal regularly nowadays but say there’s no added cost to this.
There is no excuse at all for their treatment of our most vulnerable and it’s sadly only parents with either decent knowledge of the SEND law or the financial ability to hire someone whose children have a fighting chance.
I just hope that Ofsted come and inspect them soon to shine a spotlight on just how bad the situation is here.

Once again we have a shocking state of affairs where so-called public servants feel as though they have to ‘win’ against our most vulnerable in society and THE PEOPLE WHO PAY THEIR WAGES and without whom THEY WOULD NOT HAVE A JOB ! Even more shocking (but not surprising) are the utterly shameless lengths they will go to ‘win’ !
We can only hope that hauling people through the tribunal system and Judicial Reviews makes these Wirral Council clowns feel better about their manifest failings. However the joke is on us ,whether these clowns ‘win’or ‘lose’ they’re the ones  laughing all the way to the bank and not SEND children or their families or Council Tax payers… 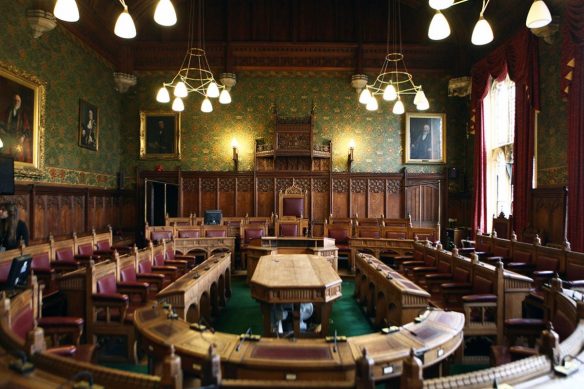 Above is a picture of the rather splendid council chamber at York Guildhall.  The admirable  York Mix website tells us that it will be here next week that a group of senior councillors are challenging City of York Council (CYC) leader Cllr David Carr to publish  a ‘secret report’.

Regular Wirral Leaks readers will know that our interest is piqued by the fact that we understand the report follows a Local Government Association (LGA) investigation into  what Stewart Halliday got up to before he landed a £200K +  ‘transformer’ gig at Wirral Council.

What also interests us is the sheer persistence of CYC councillors in pursuing this matter in the public interest. Can you imagine Wirral Council’s equivalent to CYC’s Audit & Governance Committee writing a cross- party letter to the leader of the Council asking for a report to published in the name of openness and transparency?

Indeed if they were doing their jobs properly there’s a particular ‘secret report’ that Wirral Council’s Audit & Risk Management Committee should be asking to be published. The sad fact is that half of this committee don’t even know what report we’re referring to and the other half know exactly what report we are referring to and are choosing to sweep the matter under the Wallasey Town Hall carpet !