As you all know we already knew the answer to the question we posed yesterday  Is ‘Matron’ McLaughlin the next Labour resignation?

And indeed as we revealed it was the ECHO who brought us the news. Although we’re sorry/not sorry we pissed all over ‘Local Democracy Reporter’ Tom Houghton’s carefully planned ‘exclusive’

However here are some observations from Leaky Towers . It seems to us there are very good reasons as to why the local party are getting heartily sick of ‘long-serving’ – or should that be ‘self -serving’? – Labour councillors. Describing their own party members as a ‘hard-left clique of unelected Labour Party officials, driven by their rigid and unrealistic ideology in their distorted version of democracy  – an ideology which is not shared by the communities we are elected to serve’ . Who wrote that for you Matron? – is Martin Liptrot back writing the purple -headed prose? You lot certainly love the word ‘distorted’ don’t you? And as for ‘clique’ – Matron has benefited from being part of Frank Field’s bent cabal for years and seemingly doesn’t like the taste of her own medicine.  Our advice to Matron would be to take two aspirin and tell us  how she feels in the morning.

And of course no press release ,sorry, report would be complete without allegations of ‘bullying’ and ‘intimidation’ . Examples of ‘intimidation’ included a local campaign forum sending “observers” to group meetings and calls for every piece of literature put out to constituents checked”.  Somebody call Amnesty International –  have you ever heard of such heinous violations of human rights?!

And all this feigned victimhood nonsense is coming from someone who oversaw the most appalling  PROVEN bullying and harassment when she was horrifyingly the Wirral Council lead for the notoriously dysfunctional Department of Adult Social Services and who went on to add insult to (personal) injury by publicly declaring her loyalty to those responsible for creating the toxic culture and the toxic debts!

Needless to say Matron goes on to have a moan about ‘targeted abuse’ on social media but wisely doesn’t mention ‘a certain website’ :

I wrote at regional level and sent them the social media posts.

I said you have a duty of care to us as individuals. To protect them from the hard-left clique. I asked them ‘would you please fulfil your duty of care to me?Use what information you have to control them – but I didn’t even get a response.

What a telling comment from Matron that is and a typical response from Labour North West. It’s all about me,me ME!!!  Tell us Matron where was the duty of care to protect social care staff from harassment and disabled people from abuse? As we’ve previously reported Labour North West have known about the deep seated problems with the Labour Party on Wirral and have simply ignored the festering pustule that is about to pop! However the killer comment is :

USE WHAT INFORMATION YOU HAVE TO CONTROL THEM

Now if there is one phrase that sums up everything that is wrong with not only the Labour old guard  but senior public officials on Wirral it is this perfect encapsulation of their mutual modus operandi . They’ve all got something on each other and it’s a means of retaining power and control.  We think this is reason enough to drain the cesspit of Wallasey Town Hall once and for all.

However we couldn’t finish without commenting on this breathtaking hypocrisy from Matron likening the current day to Labour’s Militant period of the 1980s, she said:

The hard-left are working to take control of the council. But it’s so difficult to run the council in current climate with the budget allocation we have got. I don’t know where they are going to nick money from, or how they will implement their policies.

Perhaps they can ‘nick money’ from disabled people, Matron. After all it (almost) worked for Wirral Council and the drugs money launderers who they did business with on your watch. 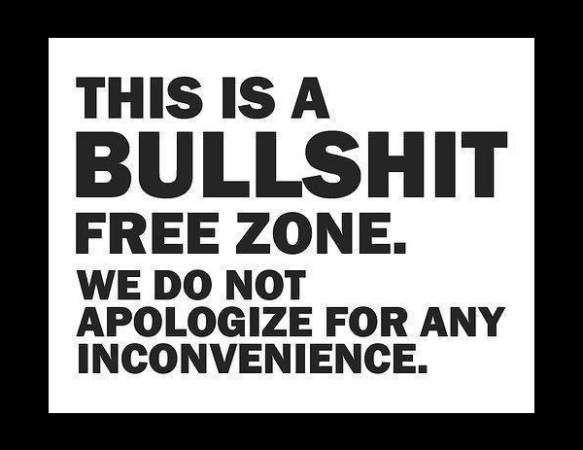 We’d like to thank Plain English Campaign for nominating Wirral Council for a Golden Bull Award.

This award dishonours public documents which have proved to be outstanding in the field of bullshit.  SEE HERE

This particular nomination (there was also one for the Council last year ) comes from perennial underachievers , the Department of Adult Social Services (DASS) and goes a little something like this…..

“The former model for integrating the integrated arrangements for health and social care were dealt with through separate streams, reablement and carers funds paid to the CCG and a special social care transfer for improved health outcomes, the section 256 agreement, these arrangements are superseded by the Better Care Fund.”

No, we haven’t the foggiest either ! Which is worrying considering that this is meant to be a document for public consumption.

But we  all know it’s not really – it’s meant to bamboozle Councillors and bemuse the public.

The purpose of the exercise is to prove that Council Officers know best – they know all the acronyms and all the buzzwords – and all are intended to exclude and enable them to retain their power over those “not in the know”.

However we were pleased to see Power Boy Pip picking up a buzzword from those “in the know” – namely Wirral Leaks – when he commented on the nomination : “I wouldn’t begin to defend it,” he said. “I agree, it is gobbledegook”

where coincidentally we took particular issue with the mystifying language of Wirral Council’s Annual Governance Statement commenting as follows :

“Anyway we thought we’d check out the 6 principles outlined in the Statement that Power Boy Pip referred to and although we were a little dismayed to find that there is no mention of the Pollyanna Principle, the document nevertheless provided the opportunity to play one of our favourite pastimes at Leaky Towers – Bullshit Bingo!.

Principle 1 : Focussing on the purpose of the Authority and on outcomes for the community including citizens and service users and creating and implementing a vision for the local area

Oh here we go with the visions again! How many Super Directors did it take to come up with that gobbledygook?! Because as anyone will tell you who lives here – life on Wirral would be so much better if only we had a vision! Meanwhile we’ ll have to console ourselves with the mirage that is Wirral Waters”.

Finally in celebration of this well -deserved nomination Wirral Leaks are issuing a special commemorative cut out and keep Bullshit Bingo card.

Any further suggestions of bullshit from Wirral Council documents and communications please send  to : wirralleaks@gmail.com