Today we have decided take the Trans-Pennine Express and visit our friends in York. Not only to update you all on Stewart Halliday affair but to enable us to vent about local government in general and the Local  Government Association (LGA) in particular.
Happy Halliday
Firstly we’d like to thank the excellent website York Mix for providing comprehensive coverage of the bounteous beneficence bestowed from Stewart to Stuart aka  ‘ The Goulden Showers’.
For those who can’t decipher this code might we suggest you read an introduction here : Transparency v Secrecy
Here you will find independent City of York (CYC) councillor Mark Warters showing up our supine Wirral councillors for the waste of space that they are and daring to ask pertnent questions in a CYC Audit & Governance meeting about a draft LGA report into the Halliday affair that has been with the council for some time :

“And according to the people who really run the council – the senior officers – this report, even after it has been sanitised between the council’s HR department and the LGA, is to remain secret. Are you as a committee willing to condone this state of affairs? He said the committee should insist on seeing the “full, unsanitised draft report”. Otherwise it would confirm the scenario “that elected members are merely the glove puppets of the senior officers riding the local authority gravy train”.

Further understanding on how things work in York, in local government and indeed closer to home can be found in the following report on the Supply Management website:

The Local Government Association (LGA) was called in to review procurement at the council in the wake of controversy over how consultancy services were acquired in the past.

The LGA said procurement was held in high regard internally, with “many solid achievements” and delivering “good quality services”, but it was “subject to heightened scrutiny in York due to past internal control issues”.

“There remains a negative external perception of council procurement, including among members of the public,” said the report. “This negative perception needs to be addressed if the council is to secure public confidence in its procurement processes and the wider corporate governance arrangements.”

A previous audit report by Veritau in November 2016 focused on the appointment of a communications consultant and their associated company between 2013 and 2016. One particular chief officer, who no longer works for the council, was found to be mainly responsible for employing and making payments to the consultant and the company. These totalled more than £174,000.

The audit could find no material to back up claims contract procedures were followed. “At best this represents a failure to be transparent and to retain all relevant procurement documentation,” said the report. “However, it seems likely that there was a failure to follow proper procurement processes, including obtaining written quotations, ensuring sufficient potential suppliers were approached and agreeing a formal contract.”

The LGA review, carried out in June 2017, said it was “reassured to find that the council has a good corporate procurement function and that the compliance issues are being addressed”.

“However, as the council itself recognises, there is more to do in regard to procurement’s enabling role within the council’s developing commissioning framework and to address the residual negative perceptions of historical procurement issues.”

Full article can be read here : Negative Public Image
Doesn’t the excruciating, bureaucratic language of the LGA make ya wanna puke? Unfortunately this wretched organisation is stuffed to the gills with highly paid nonentities who think that what goes on in local government can be anonymised, rationalised and sanitised as long as it involves one of their own.
Fortunately for the truth -seekers out there we understand that after the meeting Cllr Warters collared the LGA representative giving the public report into procurement at City of York Council (CYC) as he left the meeting and left him in no doubt that the Halliday/Goulden business will end up with the police.
Now this is the kind of local representation we are crying out for and reinforces our long held view that INDEPENDENT candidates are the way to go and that DIVISIVE PARTY POLITICS HAS NO PLACE IN LOCAL GOVERNMENT and that the LGA ARE HAND IN GLOVE WITH THE GLOVE PUPPETS OF LOCAL GOVERNMENT .
Even closer to home we are grateful that local resident Charles Nunn understands the issues at stake and comprehends that someone with apparently no understanding of even the most basic concepts of public procurement can wangle a near cool £200K + gig from long suffering Wirral Council tax payers :

I find it somewhat ironic that the major political upheaval in York is over dodgy contracts worth £175,000. Halliday, courtesy of the ever benevolent Wirral Council Tax payer, will be bunged about £50k more than that as a result of his contract extension.

Read it and weep.

Spookily, we were about to follow up our story about one of Wirral Council’s new ‘transformation’ gurus , Stewart Halliday,  when we were sent the above story from Private Eye with exactly the same title that this ‘excellent local blog’ was about to run with ( great minds etc;). We say ‘one of’ as we understand there have been two new highly paid ‘interim transformation ‘ council appointments to push through the further dismantling  of public services.

Astonishingly it has been suggested to us that ‘Happy Halliday’ could be in line for a significant  increase on the estimated £90K salary that he received at City of York Council despite leaving a trail of destruction in his wake.Talk about rewarding failure!

We’ve already reported on his previous involvement in a series of irregularities at City of York Council involving procurement and contract procedures and the use of consultants.  Among the allegations made against Halliday were that he failed to get proper tenders, quotes or contracts for £174K worth of work that he commissioned and he didn’t draw up business cases or monitor the work that was paid for.

Wirral Council – Where Transformation Means More Of The Same

Halliday had previously also been implicated in criticism that City of York Council had not been very good at publishing its data according to a report compiled by Spend Network, which forms part of the Spend Small campaign by the Centre for Entrepreneurs :.

“They ( City of York Council) are bad at publishing data that we could use to analyse what they are doing. It’s obvious they don’t think anyone is going to run the data against an algorithm. They have got dirty data, and manage it in a poor way. It’s not very helpful for people to use the data, and not helpful for people to read it as a human, it’s very hard to interpret.”

And so with Wirral Council pleading poverty at every turn and imposing a 4.99% rise in Council Tax it doesn’t sit well with us that they are potentially appointing two further people on six figure ‘interim’ contracts,one of whom at least , has a chequered past. This of course hasn’t prevented Halliday securing a big cheque future at the rogue’s paradise that is Wirral Council. As we know all too well Halliday follows a trail of local government garbage who have cleaned up at our expense.Who can forget Rob Vickers – the social care consultant who was paid £180K for 18 months ‘work’ which essentially involved helping to cover up two Department of Adult Social Services (DASS) scandals (‘the 4 week delay’ disgrace and, a thus far unreported, further unlawful overcharging of vulnerable people). And there have been plenty of others just like him, jumping on and off the endless money-go-round that is the Wirral Council consultant carousel.

We can only predict that one day we will look back and reflect that these were the darkest days in the history of public services – not just in terms of public finance, but in respect of the calibre of people who are running them and/or running them down. 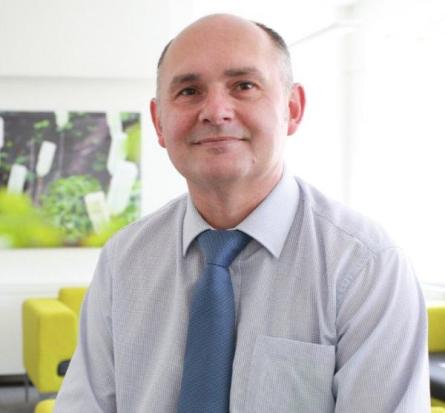 A compiler of an illustrated dictionary may find a use for this picture of Stewart Halliday next to the word ‘smug’.