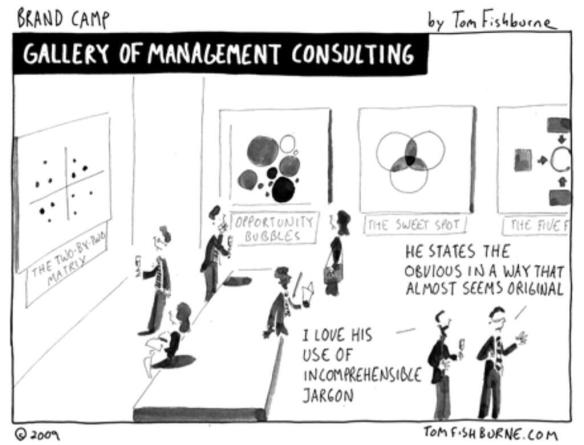 Wirral Leaks has been for some time highlighting the worrying situation of Wirral Council hiring highly paid consultants at exorbitant rates whilst at the same time explaining how services must be cut and staff need to be made redundant and anyway it’s all the governments fault.

Wirral Council’s use of consultants seems to be for 3 reasons :

1) For when they’re in a hole of their own making – “Here’s a shed-load of money if you write any old flannel as long as the conclusion is – “No case to answer” !

2) Absolve the Council of responsibility for decision-making  – ” It was the independent,external consultant who recommended that we cull half of our workforce and lay waste to public services.We didn’t want to really ,honestly…..”

3) Compensate for the sheer ineptitude and negligence of  council officers on megabuck salaries who seem to have absolutely no idea what they’re bloody doing!  – As her Ladyship said ” If I was on a life raft and reliant on a full set of chief officers for survival I think I’d throw myself overboard and take my chances with the sharks”

The latest beneficiaries of the Wirral Council runaway gravy train are a consultancy firm by the name of V4 who have given Wirral Council the V-sign and been paid £260,000 for what was initially a £50,000 job – SEE HERE

Nice work if you can get it and you can get it when Wirral Council officers and councillors are simply not up to the job and where it’s always amateur hour!.

Despite this work being authorised by Labour cabinet member Cllr.Chris Meaden , Power Boy Pip displays  his renowned leadership skills and plays pass the parcel by claiming  that the issue “concerns officers”. We were also interested to read about this case that “delegated powers” to  Wirral Councillors allow payment of monies up to the value of £50,000. That’ll explain the £48,000 for “hurt feelings” then!  – ” Let’s keep it just under £50,000 and we’ll throw in a couple of packets of Benson & Hedges”.

Finally Wirral Leaks would like to offer some advice to Wirral Council staff currently facing redundancy who fancy a piece of the action.

A guide on how to become a Wirral Council consultant is helpfully set out on the ever illuminating Wirral In it Together blog:

SEE HERE
The steps are:

1. Prove yourself “useful” to Wirral Council
2. Nab a 12 month contract
3. Set up a consultancy company
4. Think of a number – treble it and there you have your daily rate (£515 in this case)
5. Get your contract extended (with or without councillor scrutiny).
6. Trebles all round!

Is it any wonder the electorate have no faith in their Councillors and MP’s – Contrast and compare Councillor Roberts speech in 2009 [ Below- Re : Martin Morton’s concerns] to the Klonowski Report.  We really do hope she has read it and absorbed it’s full horror. Or will she again blithely state “Drawing this process out any further will serve no real purpose.” and ” It’s time now to move forward, and look to the future “

“This matter has now been the subject of intensive investigation by the Audit Commission and by the Council’s own Internal Audit.

A number of key reports have been produced and there are further reports for consideration on the Agenda of the Audit and Risk Management Committee tomorrow.

●    We are not dealing with intentional fraud.

●    We are not dealing with decisions taken in malice.

●    We are not dealing with decisions taken for personal gain.

●    We are not dealing with hidden wrongdoing and corruption that needs to be rooted out and punished.

What we are dealing with, quite frankly, is a mess that needs to be sorted out.

●      We are dealing with honest decisions on charging taken at a time when there was no national guidance, which, in hindsight, could have been different.

●      We are dealing with decisions that, none the less, may have set charges too high, and then failed to review them.

●      We are dealing with people trying to do the best job they could, and that best job just not being good enough.

●      We are dealing with decisions not taken when the first opportunity to change things presented itself.

●      We are dealing with decisions taken, but not fully implemented.

●      We are dealing with a lengthy delay from the introduction of national guidelines on charges to their implementation in practice.

●      We are dealing, in short, with a period of intense stress, high staff turnover, chaos and confusion, dating back ten years or more, some of which led to the Department being placed in Special Measures.

This is not to excuse what happened. There were clearly significant and serious management failings, which we all recognise[sic]

It is right and proper that these failings should be properly investigated, and we have formally thanked Mr Morton for bringing these to the Council’s attention.

It is also right and proper that every effort is made to ensure these failings cannot happen again, and that procedures are put in place so we can be absolutely sure they won’t happen again.

It is also absolutely right and proper that any individual who may have been overcharged should be compensated for that overcharging.

A recommendation has already been made by the Audit and Risk Management committee to reimburse service users at Bermuda Road, Curlew Way and Edgehill Road, Moreton for overcharging between April 2003 and February 2006 and we welcome that.

A further report is being heard by members of that committee tomorrow night which looks at whether or not compensation should be paid for the period between 1997 and April 2003.

There is also a detailed report on the agenda from the Director of Social Services setting out the progress made in addressing the failures identified and ensuring they cannot happen again.

There have been allegations made of bullying against the whistleblower and Cabinet has already instructed the Director of Law, HR and Asset Management to initiate an investigation into these allegations and this will be carried out by an outside, independent person.

There is absolutely no reason to commission yet another investigation into areas that have already been exhaustively covered by the Council.

Measures have now been taken to put things right, and further measures have yet to be considered by the Audit and Risk Management Committee.

It’s time now to move forward, and look to the future and to much of the excellent work now being carried out by the Department of Adult Social Services.

Drawing this process out any further will serve no real purpose.

I urge you to support this amendment.”

Oh dear, oh dear, oh dear it’s almost one of those “’I have in my hand, a piece of paper” type moments all politicians dread isn’t it ?

“Abuse still continues .The company contracted by the council for my sons care continually break the terms of their contract yet DASS continue to insist they provide his care.This despite the fact they have just been found guilty for the third time of financial abuse at his home.It took 4 years of complaints to all levels at DASS we were even told to stop e-mailing the director which we ignored. It took the intervention of the Ombudsman before DASS would even investigate.The 2 young men concerned have just been refunded almost £800 for this latest abuse and we have been awarded £100 in recognition of the delay and trouble taken in persuing the matter.When reporting it to CQC I was told they don’t look into individual complaints despite the fact the Care Company state this is how they operate in all their other houses.”

We would expect a full and unequivocal public apology, but sadly breath holding is not advised.

Good luck trying to get Wirral, ahem, we mean Press office to confirm this date. Now what’s all this about then eh ? Is it something they don’t want you to know ?

I mean surely it merits a press release ? #Justsaying

You could ask them what it’s all about ?

The Press and PR team are actually based in Clown Hall and not as Wirral’s website erroneously (now there’s a suprise) states, the North Annexe ( AKA Asbestos Central.)

In fact the Council’s Head Of PR, AKA Spinderella, is apparently situated in the adjoining office to the Chief Exec -cosy, must be rather like having the anti-Jiminey Cricket in the ensuite.  Makes sense, after all we wouldn’t want him saying anything that might bring the Authority into disrepute now would we ? Heavens no!

Good luck trying to get Wirral, ahem, we mean Press office to confirm this date. Now what’s all this about then eh ? Is it something they don’t want you to know ?

I mean surely it merits a press release ? #Justsaying

You could ask them what it’s all about ?

The Press and PR team are actually based in Clown Hall and not as Wirral’s website erroneously (now there’s a suprise) states, the North Annexe ( AKA Asbestos Central.)

In fact the Council’s Head Of PR, AKA Spinderella, is apparently situated in the adjoining office to the Chief Exec -cosy, must be rather like having the anti-Jiminey Cricket in the ensuite.  Makes sense, after all we wouldn’t want him saying anything that might bring the Authority into disrepute now would we ? Heavens no!