Obviously not everyone likes , understands or supports what we do at Wirral Leaks.

And we’re OK with that.

However some people do like what we do and one has sent us an illuminating article written in the wake of the ‘Panama Papers’ leak titled : “Whistleblowers and leaks activists face powerful elites in struggle to control information”  written by Arne Hintz  – Senior Lecturer in Media , Cardiff University.

Now we’re not saying that anything we do is as significant as the leaks identified in the article but we do recognise that we are a very small part of an emerging news environment identified as the “networked fourth estate”.

For those interested in trying to understand how a culture of “leaks activism” has emerged internationally, nationally and locally might we suggest you have a read of the article and consider what the power elites might have got away with if it wasn’t for those pesky whistleblowers and leaks activists. 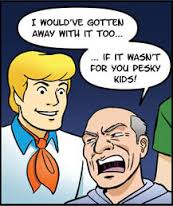 Our sources, (lets call them HP and Heinz) have shown us the proposed restructure for Wirral’s Department Of Adult Social Services (DASS.) This must be  the fifth occasion in three years that staff have been “realigned” and we would question just how much this bureaucratic tomfoolery is costing the taxpayer.

Alas it would appear the Department, is on the whole, being managed by the same old clique and sadly it really does look like a case of simply moving the deck chairs around the Titanic. Yes the much loved Howard Cooper has left with his CBE and we have a new director, but unless there is a root and branch clear out of a department that has been shamed, of one that has been described as “toxic and dysfunctional” and a place were a culture of management bullying and intimidation pervades,then Lord and Lady Wirral Leaks fear nothing will really change. Again it seems to be merely spin bluster, piss and wind.

You can view the Draft restructure by clicking the link below

As recently mentioned Wirral Borough Council are hoping to have a shiny new whistleblowing policy.  It’s a good job, given the way they have dealt with previous concerns.

One Whistle-blower who recently  raised concerns regarding delays in care packages in February 2011  received a final answer in August 2011. You would think such a timescale would indicate a through and robust investigation had taken place, you would of course be wrong!   The first response came in May which in essence stated was there is no blanket policy of delaying care , it was merely prioritisation and that practitioners had ‘misunderstood’ the instructions. However the ‘investigation’ did not include talking to staff on the front line for their views on this delay. A Social Worker told us  that the response from senior management was .”  An insult to the integrity and intelligence of practitioners. “

“Howard, at Cornell University they have an incredible piece of scientific equipment known as the Tunnelling Electron Microscope. Now, this microscope is so powerful that by firing electrons you can actually see images of the atom, the infinitesimally minute building blocks of our universe.  Howard, if I were using that microscope right now, I still wouldn’t be able to find an answer to my question ”

He didn’t but was obviously unhappy with the response and therefore sent  the following email.

Thank you for your report with regard to my raising concerns to certain practices in DASS. [Department of Adult Social Services]   I have studied the content and I have been unable to find an answer to the central question and concern raised.  I apologise if I did not make this clear , the question that needs to be addressed is ” Was there or was there not a blanket policy,  sanctioned by senior management that imposed an artificial four week delay on all care packages in the community, which could only be circumvented via a ‘waiver’ from a principle manager. “    Social Workers have confirmed that in their opinion this is not a system designed at ‘prioritising cases’ but is indeed a blanket policy designed to save money.   The report does not seem to address this fundamental question, when I have documentation that would seem to confirm the opinion of many staff in DASS.

On the subject of Bill Normans appraisal of the legality of any delays within the system –  He discusses what is happening now and mentions ‘national standards’ yet fails to address the above question, possibly because there has been no definitive answer from management as to whether this went on .

I am somewhat disappointed in the response, especially in the light of the negative publicity Martin Morton’s recent case has received and the leader of the council’s assertion that ‘The future Martin Morton’s of Wirral Council should have the confidence to use the Whistleblower Legislation to full effect.’   I would have expected a rather more robust investigation which involved talking to Social Workers/Staff rather than simply contacting Rick O’Brien and Bill Norman.  I am also disappointed that time scales as stated by the Council’s own whistle blowing procedures were not adhered to and the fact that my initial email was deleted without even reading it.  Also on 15th  April 2011  I requested that I be sent an electronic version of your findings as they contained  electronic attachments which obviously cannot be opened on a hard copy . Despite me receiving a read receipt (Fri, 15 Apr 2011 11:23:52) an electronic version has still not been sent.  Surely this is a simple request that could have been acquiesced to in a matter of days.

I thank you for the offer of a meeting,  and would certainly not rule this out (with suitable adjustments under DDA/Equality Act 2010 with regard to my health)   but I feel that at this point this would be of little value as my concerns have not been adequately addressed.

In essence I find the response wholly unsatisfactory and will be taking advice on how to address the concerns raised.

Steve Foulkes the Council leader also became involved , here is what he promised the Whistleblower, who had had his wages stopped and had been taken off payroll despite not signing or having sight of any “FIOFO – Fit in or F**k Off’ – ‘compromise contract.’  Around this time he also discovered he had been granted VS via colleagues before officially hearing it from Wirral Council, whose bumbling inefficiency reached new heights when they sent out a compromise agreement containing all his personal details to another employee in error.

These are direct quotes from Mr Foulkes.

“My experience in this organisation is that it is more often cock up than conspiracy, even when it seems unlikely!” – Hmmm, Anna Kolonski’s report certainly agreed with this when she stated :

– “As the organisation has struggled to generate accurate information, not responded to complaints, failed to properly execute agreed decisions, people have suspected conspiracies rather than maladministration. Rebuilding this trust is crucial to underpinning the Council’s way forward.”

And Mr Foulkes promise on the Whistle-blowing Investigation with regard to the delay in care?

“The latest update on your whistleblowing complaint, following my last e-mail, is that the solicitor has now drawn up a formal Opinion on the legal position on the Council practices you complained of. This Opinion is now being referred to an external lawyer for an independent view on whether it is legally correct, to be absolutely sure we are getting an unbiased view.  When this has been received, you will receive a full response with both Opinions so you can see for yourself what is being said.

If there are any recommendations in either of the Opinions, we will make sure they are followed.  I will personally make sure that my Cabinet member for Adult Social Services gets a copy of the Opinions, reads them carefully, and follows up anything that needs to be done. I realise you have been under considerable stress and I hope the news in this e-mail will start to ease some of that stress.”

All sounds “Fan’dabi’dozi” but apparently this didn’t actually ever happen.  The Whistle-blower instead received a reply from Howard Cooper, dated 31st August [this you will note, is in response to the Whistle-blowers email of 15th April ! – Only took 4 months, more if you consider he first raised concerns in February 2011]  He also received a pay off so as not to take the Council to court over Disability Discrimination prior to this somewhat complacent, some would say self-satisfied reply from Mr Cooper (CBE)    READ IT HERE  and weep.