It’s an unwelcome return to Wirral Leaks to our old fiends Change! Grow! Live! , Wirral Ways To Recovery, Money,Money,Money or whatever they’re calling themselves these days!

We’re unhappy to report just how they’re earning their £7 million + from the Wirral Council Public Health budget from a thoroughly disillusioned insider:

For over 4 years they have been testing people for Hep C and HIV with ‘faulty kits’ and gave some  people their hep C results as being “not positive/negative”. When in fact the tests they used were faulty and some of the people they told were negative have in fact  been positive! public health  issue I think you’ll agree?

Everyone has to be re: tested and guess who is picking up the bill?…well its not the ‘charity’ commissioned to carry screenings out who’s income grew to £193 million last year -(which is what they’ve disclosed in their report so who knows what the actually amount is!)  but the NHS via Arrowe Park Hospital.

How long did they know about this before acting on it… 6 months!

Up for tender too following an increase of 29% in drug related deaths nationally. Which they conveniently relate to “an aging population”. Well indeed but coincidentally those in the brackets of ‘aging population’ when treated by professionals in the past didn’t die at such ludicrous numbers.

Come on commissioners wake up.

Its not working on our doorsteps. Get it right surely people’s lives are worth more?

But hey! CGL have at least got a Hepatitis C strategy. Surely it’s gotta be worth millions of pounds of public money for consistently failing their patients and the public purse?… 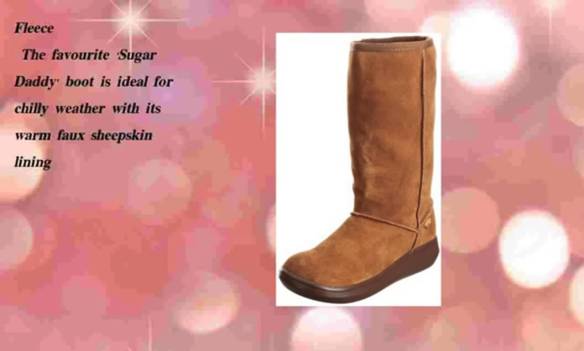 Fleece is the word.

Emma Degg  – the gift that keeps on giving  (and receiving cheques)!.

As this week’s revelations prove we’ll miss you sooooo much here at Leaky Towers.We’d like to thank you from taking time out from your busy schedule  (oh…. perhaps not) to respond to our story about your recent departure from Wirral Council.

For those who haven’t had the chance to read the heartfelt plea for “humanity” here it is:

Dear Wirral Leaks,
This is the first and only time I will post on this site. I do so for two reasons, firstly because having left the employ of the council I have a voice should I choose to use it. 2nd because despite the inevitable unpleasant backlash I will get I have something to say that others cannot. As I said to you in the conversation your referred to Paul – if you want to criticise Council Officers work then absolutely you should do so. I simply gave you my card and said if you wanted to do so then to come and see me and I would have a conversation with you anytime. If you were not satisfied then by all means say whatever you want about my or the councils work. That is all absolutely fair game. What is asked was when making personal comments for you to remember that regardless of how much pain you think I deserved that I have children who have done nothing wrong and who get upset. As I remember you shook my hand and said you had children yourself. And that is the point – if you create an environment when the only senior officers who can cope with the job are those who do not care what is written about them then you will end up with public services run by people who don’t care about anything other than the job title and pay. You are creating an environment where Officers are so frightened of being the next ‘uggly’ that they avoid difficult decisions and doing anything to upset anyone at all. Create pantomime villains and we will all be entertained – but try not to completely forget your humanity. For me I am done – hospitalisation over Christmas does that to you. Next time any of you post about another human being perhaps consider wether you would look them in the eyes and say it? Ps ironically I have never owned a pair of ugg boots they were a rather smart pair of Rocket Dogs – funny how a misconception can become a truth

We also posted some supportive comments admiring your ,erm,”balls” for replying to us.Which, to be fair ,compared to the likes of snivelling senior council officer David Armstrong who resorts to making snide remarks at Council meetings to John Brace about charging us royalties for use of pictures from his blog your response can be seen as being either very brave or very foolish.

You’d think that someone who is supposed to be so media savvy would understand how things work in the blogosphere. You must have heard of Marshall McLuhan surely ?.The medium is the message and all that .We will always have the last word on here and it’s something you and your erstwhile colleagues never had and never will have any POWER or CONTROL over and that’s what really upsets you people.

And so of course this is what your response is really about –  trying to regain some control by playing the “poor me” card and bringing your children into it. What your children (who are hardly babes in arms) may or may not read is not our responsibility.The person who needs to take responsibility for their actions is you.

It’s also a bit rich (pun intended) to be claiming victimhood when a rough calculation indicates you have outstripped everyone (including former CX’s) when it comes to your pay-off(s).

Now time to put a couple of other “misconceptions” to bed :

Anonymity – we were accused in one of the replies of hiding behind anonymity to have a pop at Little Bo Peep .This seems a tad hypocritical coming from someone with the self-righteous nom de plume as Pastor Niemoller – actually that’s one of two aliases they use – so we’ll take no lectures from them both on the use and abuse of anonymity.

Let’s break it down and get back to what we stated before about power and control. The way this site operates means we do not face the same constraints as the local mainstream press – who despite some valiant campaigns can be compromised by threats to advertising revenue, a risk averse legal department or just lack of future co-operation from some some of the most important sources of news and some of the most powerful people in the area.

Plus it is not the job of the local media to hold local officials to account – it is local politicians and they have failed miserably and shamefully to do so.So how else do we ever hope to get stories like this which are very much in the PUBLIC INTEREST out there?.After all it’s the poor punters who pay their council tax who should have the right to know where the hell their money is going.

However vulgar and disrespectful it may seem to self righteous prigs like the Pastor Wirral Leaks is a place were the disenfranchised,the bullied ,the cowed,the downtrodden and the powerless have a voice and sometimes it’s an angry voice – an anger borne of frustration and injustice.And lets make no mistake what is written on here is exactly how ,behind closed doors, the so called respectable and powerful speak about other people and each other.

Private and personal – Our self appointed morality guardian Pastor “First they came for the hypocrites” Niemoller along with Degg also refers to “personal comments”.

This site is about public accountability and not personal attacks. Personal impropriety in the course of public duties will inevitably lead to comments about nepotism,conflict of interest and the appropriate use of public money and we make no apologies for that.

Although it goes against our ethos to edit,censor or redact replies we have refrained from publishing replies that we think are gratuitously insulting or appear to us to emanate purely from personal enmity (and believe us there were plenty of those).

However if indeed we are “creating an environment where Officers are so frightened of being the next ‘uggly’  ” we’d say that was a good thing.

Finally we’d like to give the last words (because that’s how it works round here) to one of our most valued contributors who somehow puts Degg’s plea into proper perspective :

” The difference is we ended up in hospital trying to make a corrupt system better, she , by trying to defend it…”

Wirral Justice ? Do they even understand the concept ? Judge Steve Foulkes (at the ballot box in May folks 😉 )

Well done Wirral Globe for continuing in their support for whistleblower and campaigner for the rights of vulnerable residents in the care of the council,Martin Morton.

“PRESSURE is being applied to Wirral Council’s administration to publish the findings of a £250,000 probe into allegations of malpractice…… read the rest on The Globe

As Wirral Council is left reeling from one of the most damning reports into the way a Local Authority conducts it’s affairs ever, we at Wirral Leaks can reveal the Council’s inspirational, almost Gervasian  ‘Staff Incentive Scheme.‘  In something that resembles a particularly toe curling episode from  ‘The Office’,  employees who met certain targets were awarded a ‘Golden Cone’ each month …yes an ACTUAL golden traffic cone, lovingly painted (during office hours? ) and presented to said employee in a monthly ceremony imbued with disturbing echos of ‘The Wicker Man.’  This cone could then be used in the Council car park to reserve a car parking space, and acted as a sort of “Netto Willie Wonka Access All Areas Golden Ticket.”

We suggest the only cone shape objects in Wirral Council following Anna Klonowski Associates report (which cost £250,000 of public money) will be the ones marked with huge ‘D’s’ worn by Senior Managers and elected members before being shown the door. Laughing stock ?  Yup. But it’s not really funny is it ?

You wanna work there ? Think on.

And In The Liverpool Echo – Foulking Hell!