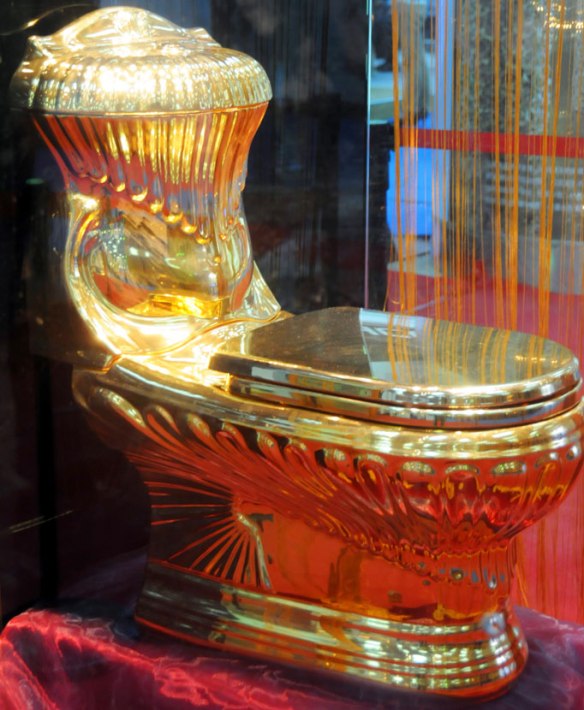 For some shitting,sorry sitting Wirral Councillors there is a sense that pesky ex-Councillor Ian Lewis is hanging round like the proverbial bad smell in the Town Hall corridors of power.

On his blog HERE  he comments:

“If there’s one thing that makes us all equal, it’s go(ing) to the loo. Except, it seems, when it comes to the Town Hall. Following one of my FoI requests, the full response has now been published by the Council.

And what do we find?  That in these times of austerity, when, it seems, we can’t even cut the grass around a war memorial, we can find £17,611 to refurbish the toilets that were previously for the exclusive use of councillors or, as the sign said ‘Members Only’. Stop sniggering!”

Clearly at this cost this was not a bog standard makeover and despite constant reminders from Councillors that we are living through hard times it seems as though they are both taking the piss and proving that they’re full of crap.

As befitting someone who has a history of crapping on people from a great height we understand that to mark the opening of the newly refurbished toilets (and bringing a whole new meaning to the phrase throne room)  Mayor Foulkesy performed a ceremonial dump to enthusiastic cries of “Beware abnormalload!” and “Somebody send in the canary!”. 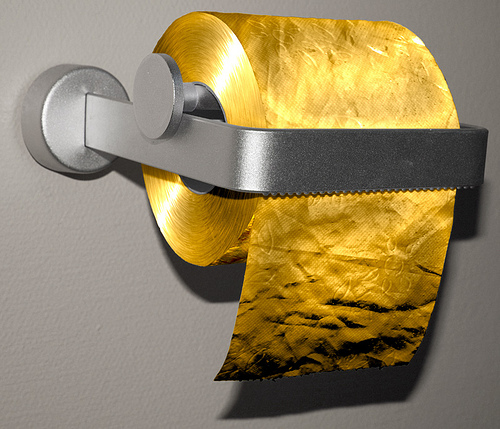