Apologies for the late arrival of the Leaky Awards 2017 but we’ve been inundated with suggestions for nominations. Furthermore ‘Her Ladyship’ had to arrange to borrow a dress and a pair of sparkly shoes from Wirral Chamber of Commerce CEO , ‘Princess’ Paula Basnett for the occasion. Times are hard (for the less well connected anyway).

However without further ado – let the ceremony commence ! This year we’ve had to divide the awards into sections starting with ‘Quotes of the Year’ . This is because 2017 proved to be a bumper year from beginning to end for foot in mouth, face palm and WTAF memorable quotes that have (dis)graced our pages . We’ll also revisit some past glories and provide details of where you can purchase your very own Wirral Leaks Inspirational Fridge Magnets

“You need to pay back the £19,000 bitch, or I will do what happened to that MP today” –  Jim Crabtree , ex-Wirral councillor. After the story originally broke on Wirral Leaks it is finally revealed at Wirral Magistrate’s Court what ‘ Crabby’ actually said in the death threat made to former Labour colleague Cllr Louise Reecejones during a drunken late night telephone call. The MP referred to, was of course, murdered Labour MP Jo Cox. 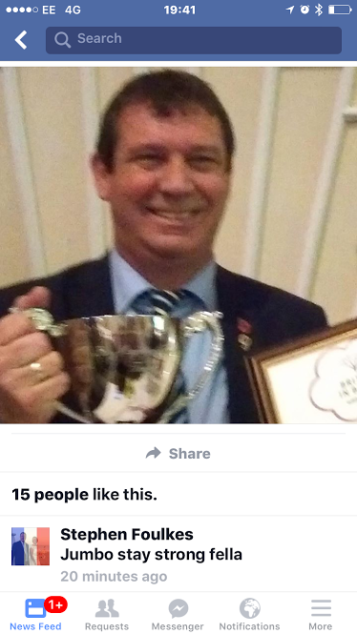 ” People are C’s – never ceases to amaze me how horrible people can be to others” – Andrew Moore, diminutive solicitor hired by Wirral Council tweets to the world the benefit of his experience. Could C stand for councillor we ask ourselves?

FLOATING IN THE AIR

‘I believe the findings of this investigation speak broadly for themselves. To speculate further upon those findings here risks undermining the analytical, data-led approach I and others have been careful to maintain.’  – Cllr Philip ‘Brightboy’ Brightmore, Labour councillor  shuts down any debate during a Committee meeting about the proposed reduction of Wirral councillors from 66 to 44 with a supremely pompous ‘we know best’ comment.

‘ I only found out (who was on the panel) via Wirral Leaks. Thank goodness for them in some ways, but that’s no way to run an open and transparent Council ‘ – Cllr Lesley Rennie , Conservative councillor with the barnet as hard as a bobby’s helmet begrudgingly bemoans the fact that she found out who was on the panel that led to the infamous appointment of Labour spin merchant Martin Liptrot to a ‘transformer’ role at Wirral Council only via this blog.

“It’s about cultural potential; reclaiming Wirral’s industrial heritage; pop-ups and meanwhile spaces and enthusiastic people who want to change perceptions, make a difference and try something new.”  Wirral Chamber of Commerce describe their role in Wirral Council sponsored first (and last?)  ‘Festival of Beautiful Ideas’ (!) held in Birkenhead/Woodside. For clarification we think a ‘meanwhile space’ is  more usually known as a ‘shed’ . As for trying something new and considering the location we were thinking did they mean  ‘Spice’ ? ‘Ket’? or ‘Bath Salts’ ? 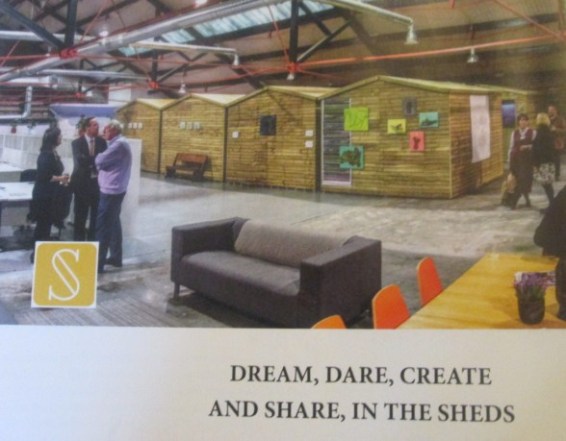 The waste of space in a ‘meanwhile space’

“I have been imposed by Jeremy . I have the indignity of the leader imposing me on the party” – “I would collapse soon, it would be over. I hope to hit the wall running, that’s the aim.” – Frank Field , Birkenhead MP and droll wag muses on the double threat of Momentum and retirement respectively. We heartily endorse the latter sentiment and the sooner the better.

“(The investigator) found the actions of  Cllr Reecejones were designed to threaten,intimidate,undermine and cause difficulties at work “  and her evidence was  ‘inconsistent, vague and misleading’ – Standards Panel Investigation report

As for Crabby well he is one vile disgusting bully who goes around picking on women. His words to me were, ” your a f@@@ing Deaf, Fat Bitch”.This was I (sic) front of school children at the holocaust memorial service.Crabby refuses to answer to the complaint and will slope off as he has been deselected.There is another one you may be interested in but I will give you her next week after I’ve met with the whip, some interesting times ahead with key people leaving the group at May’s elections, positions are up for grabs and scary times ahead for who will become chair of the group etc. And I haven’t I have had him suspended and took him to task, I’m not an easy push over I just don’t believe this man should be near politics or vulnerable people.

Wirral Leaks : You need to look higher up. Crabtree is a nonentity.

Oh I have stuff from a high up, all in good time xx It’s prob worth noting that if I did as I was told over this case Labour would not of took it any further and I would not of been suspended. I was given an ultimatum and they were willing to brush over the accusation. I knew 100% I had done nothing so refused the offer with no hesitation.
I had no idea what it was over until October when I went to see the CEO so that’s a lot of time to set me up.
WL : First mistake – you put your trust in (Graham) Burgess.
Oh no I’ve never put my trust in him at all, nor have I in the leadership of the group.

“I’m in favour of Wirral Leaks. If I was the Council I’d pay them money to find out what was going on in my Council” – Frank Field , Birkenhead MP speaks candidly to a local constituent who records him for posterity.

MEN OF MYSTERY – THE BIG REVEAL PART ONE

“However we know that the service faces many challenges and there are also clearly some significant corporate issues hindering the ability of the service to be more efficient.” – Eleanor Brazil , Children’s Services troubleshooter fails to speak candidly about why she bailed out on Wirral Council and leaves us all to interpret exactly what she means by ‘significant corporate issues’

PORTRAIT OF A GOBSHITE